AppleInsider
Posted: May 14, 2019 12:52PM
in AAPL Investors
Apple investors are overreacting to the financial threat posed by the U.S.-China trade war and Monday's Supreme Court ruling on the App Store, an analyst claimed on Tuesday. 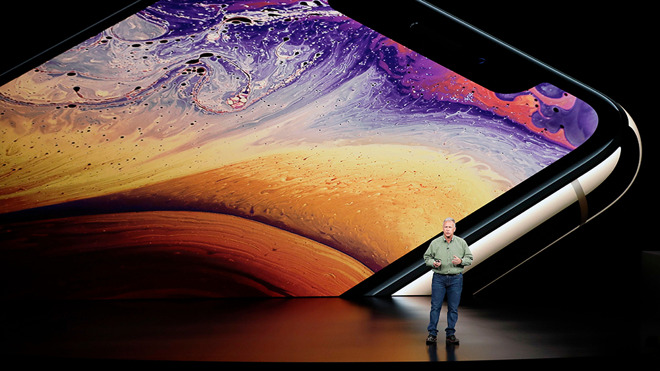 Although shares have traded down 11 percent since the start of last week based on both issues -- mostly the threat of further tariffs -- Apple can weather the storm, said J.P. Morgan's Samik Chatterjee in a new memo.

"Given that till date there has been limited impact from the tariffs on Apple's hardware products, and likelihood of outsized losses from recent lawsuits appears limited, we believe the share price reaction can be seen as largely an overreaction," he commented. He admitted however that "there could be more downside" on Apple shares in the near term if negativity grows around talks to end the trade dispute.

U.S. President Donald Trump made good on a promise to raise some tariffs on Chinese goods from 10 to 25% on Friday, including those affecting some Apple accessories. China announced plans to retaliate on Monday, and the Trump administration is preparing a set of expanded tariffs that could take effect by the end of June and finally touch core Apple products like iPhones, iPads, and MacBooks.

While Apple could raise iPhone prices by as much as 14 percent to keep up its high profit margins, it's more likely that Apple will absorb the blow to keep prices in check, Chatterjee suggested.

"Assuming roughly a quarter of iPhone shipments are imported into the US following assembly in China, we estimate absorbing the cost of the tariff would imply that gross margins on total iPhone revenues decline by 4%," he elaborated. "Assuming similar headwinds on other hardware products, including Mac devices, iPad, wearables, and accessories, imply to us an aggregate -14% EPS downside to our base case earnings assumption."

Considering a recent $5 billion antitrust finding against Google, in which it mainly had to stop forcing phone makers to include its search app, this week's Supreme Court ruling allowing an anti-monopoly case to proceed against Apple will probably have "limited" impact as well, Chatterjee said. The analyst sided with Apple's failed Supreme Court argument however, which was that app pricing is set by developers, and that the App Store encourages competition even though iPhone and iPad owners have no choice but to use it.

J.P. Morgan is giving Apple stock an "overweight" rating with a $235 price target.