AppleInsider
Posted: May 18, 2019 5:31PM
in General Discussion edited February 2020
Apple's CEO has delivered a commencement speech to students at Tulane University in New Orleans and urged them to do better than his generation, and to be bold in what they try to achieve. 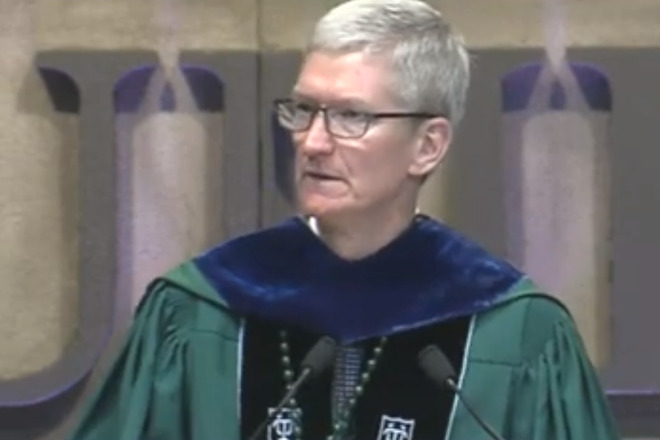 As announced in February, Tim Cook has now delivered the 2019 commencement speech to students at New Orleans's Tulane University and the Mercedes-Benz Superdome, and spoke to issues of how they and future generations need to be bold and to take action.

"In some important ways, my generation has failed you," he said. "We have spent too much time debating, we have been focused on the fight and not focused enough on progress." 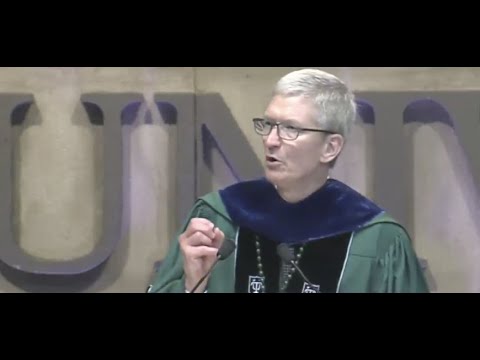 "You don't have to look far to find an example of that failure," he continued, referring to New Orleans itself. "Here, today, in this very place where thousands once found desperate shelter from a hundred-year disaster, I don't think we can talk about who we are as people and what we owe to one another without talking about climate change."

Cook looked beyond politics to call fixing climate change an issue for us all.

"This problem doesn't get any easier based on whose side wins or loses an election," he said. "It's about who has won life's lottery and has the luxury of ignoring this issue, and who stands to lose everything."

"When we talk about climate change or any issue with [a] human cost, I challenge you to look for those who have the most to lose and find the real empathy that comes from something shared," continued Cook. "When you do that, the political noise dies down and you can feel your feet firmly planted on solid ground. After all, we don't build monuments to trolls."

He spoke specifically about coastal communities being forced to move because of climate change issues, but he also urged the Tulane students to be bold in everything.

"Whatever you do, don't make the mistake of being too cautious," he said. "Don't assume that by staying put, the ground won't move beneath your feet. The status quo simply won't last. So get to work on building something better. You may succeed. You may fail. But make it your life's work to remake the world. Because there is nothing more beautiful or worthwhile than working to leave something better for humanity."

Cook also recounted how Steve Jobs persuaded to make the move from a seemingly safe position at Compaq to join Apple. He spoke of the saying that if you love your job, you'll never work a day in your life. "At Apple, I learned that that is a crock," he said. "You'll work harder than you ever thought possible -- but the tools will feel light in your hands."

As part of the ceremony, Tim Cook was awarded an honorary degree.

Last year Tim Cook delivered a commencement speech to his alma mater, Duke University. In 2017 he did the same for MIT and in 2015 he spoke to graduates of George Washington University.
«1234»