Toshiba to buy back memory division shares from group including Apple

AppleInsider
Posted: May 20, 2019 12:46PM
in General Discussion
Toshiba is buying back shares of its memory division sold to Apple, Dell, Kingston and Seagate, having survived a financial crisis that threatened the entire company. 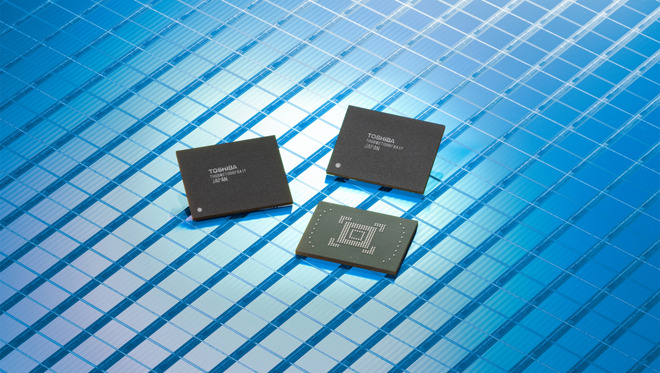 The key is $11.8 billion in loans secured from Japanese banks as Toshiba Memory works toward going publicly listed, the Wall Street Journal indicated on Monday. The four outside shareholders are expected to earn several hundred million dollars in profits from the buyback, though it's not immediately clear how much Apple's take will be.

Toshiba sold off the stake in its memory division in June 2018 as a way of staying afloat, following the failure of its Westinghouse subsidiary. The process was fraught with complications, not the least resistance by Western Digital, which claimed that Toshiba needed its authorization for a sale due to a joint venture. That fight was settled in December 2017.

The memory unit has actually been one of Toshiba's most successful businesses. Apple is, and will remain, an important client, and likely had a vested interest in keeping it going since the alternative would have been a diminished number of suppliers and higher prices.

Memory prices have been depressed in general during the past few months because of soft demand in both phones and computers. That could change course towards the fall as companies like Apple launch major new products, among them updated iPhones.