AppleInsider
Posted: May 20, 2019 7:52PM
in Mac Software
Pandora on Monday released a redesigned 2.0 Mac app for its radio streams and on-demand music, taking advantage of newer tech including station Modes. 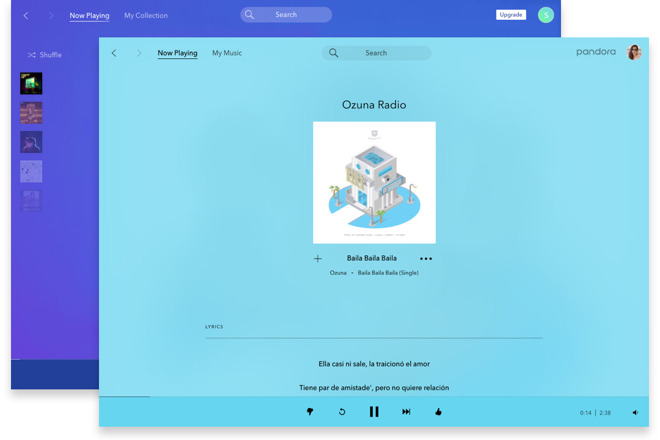 New keyboard shortcuts let listeners control not just playback, but upvoting and downvoting so the app can be kept in the background, Pandora said. Along those lines, art-enhanced notifications will pop up to identify songs as they switch.

Modes let users tweak stations beyond just voting. "Crowd Faves," for example, concentrates on the most upvoted tracks, while "Discovery" brings new artists into the mix. Diehards can choose options like "Deep Cuts," "Newly-Released," or "Artist Only."

Pandora's previous Mac client, Pandora One, was dropped in the move to discontinue the software's namesake plan. Since then the company has concentrated on its mobile and Web apps.

In fact the Mac redesign is premiering before a new Windows client, which still has no release date.

Pandora 2.0 is free to use and only requires macOS 10.10. A $4.99 monthly Plus plan removes ads and skip limits, while opening up podcasts and the ability to cache four stations offline. A $9.99 Premium plan is required for on-demand music, creating playlists, and unlimited offline listening. Family, student, and military discounts are available.