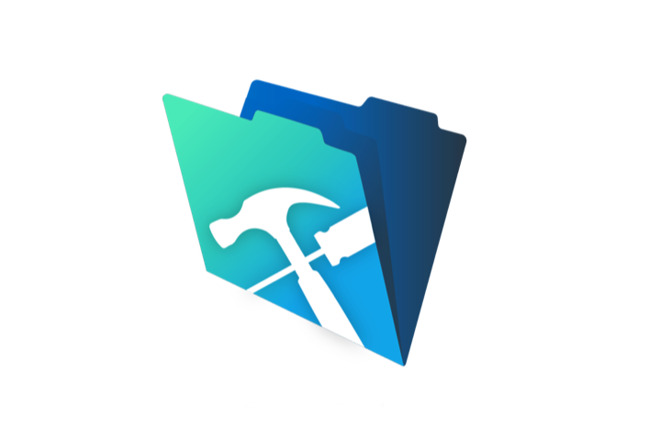 The more you already know and use FileMaker Pro, the more you are going to find to make you very happy with the new FileMaker Pro 18. There's less for brand-new users than there has been with versions 16 and last year's FileMaker Pro 17, but the company is continuing to aim at making this powerful tool a place for people to create their own apps.

That is who FileMaker Pro is now aimed at, people developing Mac, Windows and iOS apps that run within FileMaker. If you are a longtime user or you've just been around Macs for years, though, you'll never stop thinking of FileMaker Pro as a database app and there's much to like in this update.

FileMaker Pro is still a tool for creating extraordinarily powerful and bespoke databases. It's used in one-man companies to manage invoices, for instance, and it's used in global corporations to manage personnel. There are users who have launched the app today and created a custom app from a template -- and there are people whose entire career is spent in developing within FileMaker. 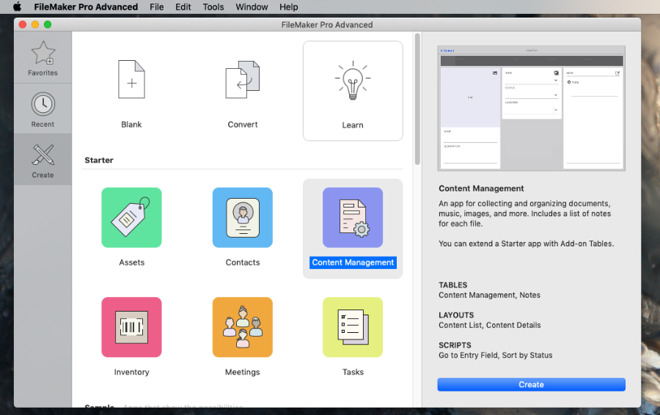 You're likely to tweak these templates so much that they become unrecognizable, but they're great for starting off.

However, then there are easily hundreds upon hundreds of thousands of people who are using this app without even knowing it. They're workers in companies, doing their jobs, and relying on what looks to them like a HR tool, or a stock inventory one. FileMaker isn't Apple's Xcode, it doesn't make truly standalone apps, it makes ones that you run within FileMaker.

FileMaker Pro has always been about both helping you create these apps, which database makers call solutions, and helping your users get on with their work.

Really, FileMaker Pro's solutions were apps before we even used that term. Now the company is continuing to try positioning itself so that it sheds the dusty term databases and gets people thinking of it as an last year's FileMaker Pro 17 app development platform.

That really came to the fore in last year's FileMaker Pro 17, and now the company has moved on further by describing its range of tools as being part of a Workplace Innovation Platform.

It's a woolier term, but perhaps a more encompassing one as FileMaker Pro 18 is just preposterously powerful for such a wide range of users. Sometimes it's like using a Saturn V rocket to pick up a marble. Yet whether your needs are tiny or you require the kind of tools that only come with world domination, FileMaker Pro isn't just capable of what you want, it's as addictive as a game.

That's been the case since it started in 1985 -- three decades ago -- and despite repositioning into app development, it's exactly the same today. The same powerful capabilities and the same addictive quality.

There hasn't been a great deal added to FileMaker Pro 18 that's specifically for new users, but there are two key updated features. First, for people actually creating database solutions, there's been a marked improvement to the way you can get information into your database for the first time.

Maybe the most common way to enter data is to actually just type it, to enter contact information as it comes up in your job, for instance. However, you can also start off a database solution or app with existing information and this is what's improved.

If you have a lot of data in an Excel or Numbers spreadsheet for example, or any kind of plain text CSV file, then you can import it into FileMaker Pro 18. On the left, the file import dialog from last year's FileMaker Pro 17 -- and really from every version going back years and years. It's been around so long and you may have used it so much that you forget it's actually quite a cumbersome and confusing system.

Now all users get the version on the right. You can see that it's visually clearer, but really it's when you use it that you appreciate the new design. As you tell FileMaker Pro that the first column of your spreadsheet is where you keep, say, people's salaries, it will help you by what the makers call type ahead.

You start entering these fields and it completes them, it speeds up the whole process. And what's more, it's much clearer to see what you've done at a glance, and so catch mistakes before you import anything.

Very, very nicely, you're now also able to get extra specific about how FileMaker Pro treats this spreadsheet data you're importing. Doubtlessly everyone who keeps information in an Excel spreadsheet has made the first row be a series of headings, for example, and you've long been able to tell FileMaker Pro to ignore that.

Speeding up importing data helps you if you're the person developing the solution, if you're the one setting this up for everybody. There are those new users who never need or want to know about importing anything, though, and just want to use this database app you've created.

It's a curious thing that, effectively, everyone who sits in front of FileMaker Pro gets all of these development tools. So part of the app is hiding what you don't need or what you don't want users to have to deal with.

And so there's an even smaller improvement here that is still noteworthy and the kind of update that will make longtime users happy. You can now set FileMaker Pro 18 so that when it's launched, it opens a specific database. That's it. Your user can just go straight into the app you and they want them to.

If you are an existing and longtime user, the first thing to know is that this new version is actually FileMaker Pro 18 Advanced. Last year the company dropped the standard or non-Advanced version. This year it's tending to drop the name, too, though you will still see it when you launch the app.

This means both that every developer gets all the features of Advanced, and that the pricing is still more than it was back in the days of a standard edition. 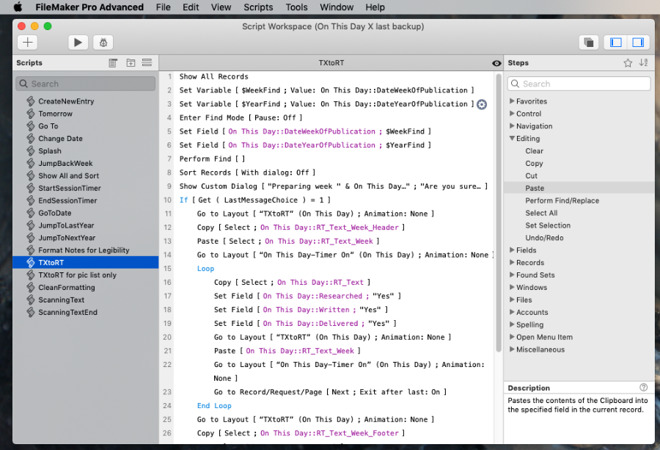 That can mean that if you tend to buy FileMaker Pro outright, you need a compelling reason to buy it again in version 18, and there is no one outright must-have, must-buy new feature.

Yet despite still having these annual tentpole releases, FileMaker is really becoming a subscription app with a continuous series of updates. FileMaker has long had a site licence system, and it must because of how very many corporate users it has, so it isn't truly marketed as a new subscription service but it effectively is.

FileMaker Pro 18 seems to us be another solid reason to get onto that subscription service. While there's nothing that will make you throw out version 17 and rush to buy this one, there are so many key improvements that nothing would make you chuck away version 18 and go back to last year's edition.

Such as improvements to scripting, FileMaker Pro's system for automating how your database apps work.

FileMaker Pro 18 brings new scripting steps that make it easier to export logs and to manage data that is in some external location, not even inside your database. The makers say that this feature will replace some third-party options called plugins.

That may not be a great thing for the developers of those plugins, but it's good news for many FileMaker users.

Every user who writes scripts, though, is going to like how FileMaker Pro 18 has added new debugging tools. There's a new feature that lets you stop to see the state of variables or anything else in a script, for instance. It's the same idea as the Quick Look feature in Siri Shortcuts, if on a rather bigger scale.

And there are new or improved calculation functions, most notably one called While. This lets you repeat a calculation until a certain result or while a certain condition is true. That means you don't have to be so prescriptive with loops that you set to run a certain number of times. Or you don't have to do quite as much work writing script steps that determine whether to repeat a loop or not.

Then as scripts can become monstrously complicated, there's now also an improved ability to compare different versions. You can export a script in XML and then compare it to previous ones.

When you have so many users with so many different levels of either interest or technical competency, you need to provide what they need but also to save them and you from inadvertently causing problems.

What you've always had to do is set security levels that determine who can do what. 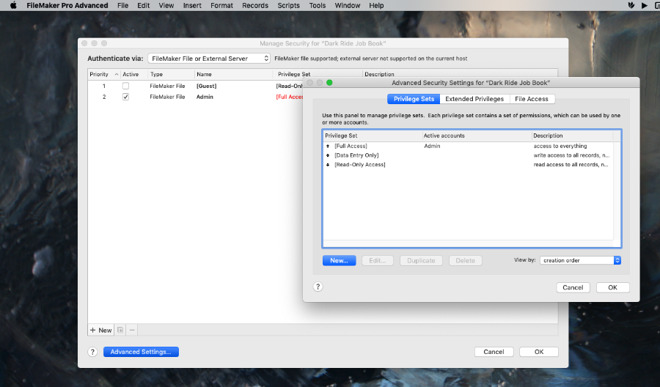 Now in FileMaker Pro 18, there is an improved system for doing this, and specifically for granting and denying permissions to people, which should speed up the job.

Then lastly, there is the inevitable fact that your FileMaker database solution app is going to crash some time. Hopefully it's not going to be your fault, but whether you've managed to make this robust system a bit wobbly, or it's just that there's a power failure, there's a new Startup Restoration feature.

When you re-launch FileMaker Pro 18 after a power failure or any other problem, it will work in the background to minimize data loss. Anything that hadn't finished being written to storage will be written now, for instance.

The makers say that it's practically invisible, that you don't have to notice it working, it's just that the database is protected.

That protection is crucial. You can corrupt a FileMaker database and make it unusable, so a recovery system that checks it out and fixes problems is superb.

We'll have to see what it's like over time, though, as an invisible fix makes us wary. If a failure like this means some data is not saved, even the tiniest amount, then we'd rather we knew about it than just had the database continue as if everything was fine.

It's better to be upset about trivial data loss now than to find out in a year's time that a phone number wasn't saved to your contacts database solution.

We talked in detail last year about how the new pricing system for FileMaker Pro 17 worked and that's all the same today. The cost of buying FileMaker Pro 18 for yourself as a solo developer or consultant, remains $540.

In summary, though, if you're in a group, we recommend signing up for the FileMaker Pro 18 platform paying a regular subscription fee. It starts from $15 per month per user and those users can be on Mac or Windows -- the two versions are again identical -- plus you get the iOS FileMaker Go plus cloud solutions.

And we do recommend it. FileMaker Pro may never be as mainstream as, say, Pages or Word, but it is an enormously powerful tool that we rely on.

It's also an enormously enjoyable tool, and if you think we're mad for relishing a database of all things, you just haven't spent enough time in FileMaker Pro yet.