AppleInsider
Posted: May 24, 2019 10:22PM
in General Discussion
A recent meeting between U.S. Federal Communication Commission chairman Ajit Pai and the head of the Justice Department's antitrust division could presage unification over a planned T-Mobile-Sprint merger, a deal that DOJ staff recommended against. 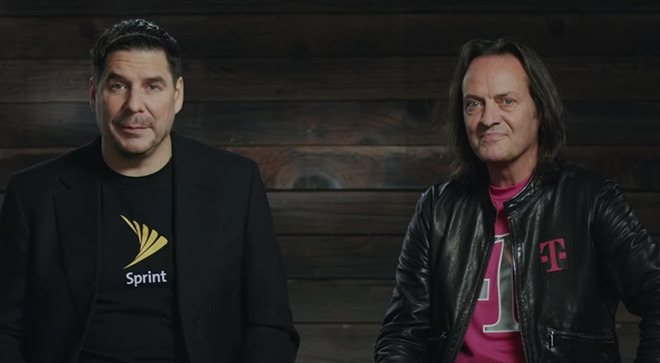 Citing sources familiar with the matter, the New York Post on Friday reports Pai "consulted" with DOJ antitrust chief Makan Delrahim prior to proclaiming support for the merger early this week.

Details of the conversation are unknown, but the fact that the two officials were in discussions before Pai's surprise announcement suggests consensus on the issue, the report said.

Both the FCC and DOJ need to sign off on the proposed merger, but a recent report claimed the Justice Department would likely block the deal from going through.

In April, DOJ staffers raised concerns over the proposal's promises. At issue are calculated cost savings and how the resulting company, dubbed "New T-Mobile," plans to provide customers with reliable access to next-generation 5G technology.

According to the Post, DOJ staff maintains its position against the merger, saying it is anticompetitive. Ultimately, however, the decision falls to Delrahim.

When last questioned about the deal in April, the DOJ's antitrust head said he was still undecided.

"I have not made up my mind," Delrahim said at the time. "The investigation continues. We've requested some data from the companies that will be forthcoming. We don't have a set number of meetings or a time line."

Delrahim could impose concessions on the final agreement in return for giving the go-ahead, the report said. Specifically, DOJ staff has pushed to ensure the newly formed entity caps wireless prices for a longer term -- up to seven years -- than the three years that gained FCC approval. That said, the FCC is expected to handle enforcement, unburdening the DOJ of oversight duties.

"It will be hard for Makan to argue this will have a bad impact on competition when the FCC enforces these conditions," said a Post source who works with T-Mobile and Sprint. "The DOJ will clear this unconditionally."

T-Mobile and Sprint first announced the $26 billion merger in 2018, proposing a single combined entity capable of competing against industry front runners Verizon and AT&T. The companies in April extended the merger's deadline to July 29, giving the FCC and DOJ an extra 90 days to approve the deal.