AppleInsider
Posted: May 28, 2019 6:48PM
in iPhone edited May 2019
Apple's Music Memos app has finally been updated with full-screen support for all of the latest iPhones a year and a half after the iPhone X was released. 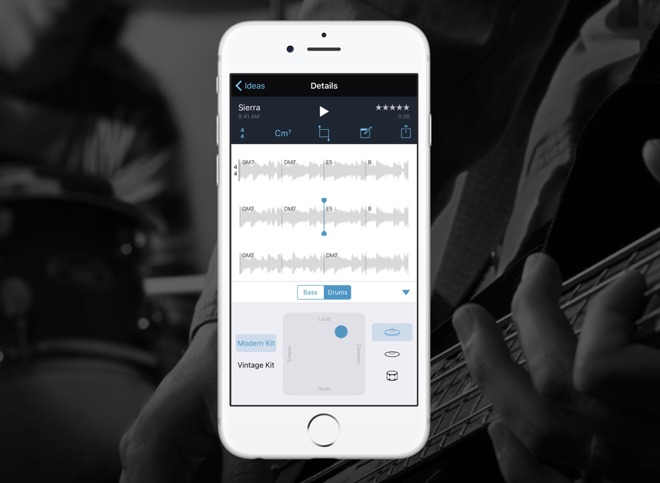 Officially, the release notes describe the 1.0.6 update as "stability improvements and bug fixes" but it also finally takes advantage of the larger screen real estate of the latest iPhones.

Prior to 1.0.6, Music Memos still was cropped by black bars along the upper and lower bounds instead of filling the entirety of the screens found on the iPhone X, iPhone XS, iPhone XS Max, and iPhone XR.

This update is well overdue as the iPhone X was first introduced about a year and a half ago with the first edge-to-edge display.

No other changes are notable within the app. The center is still home to a small round button that can start recording and detect the tempo of a beat. Users can move between past recordings and the recorder by tapping the alternating file and microphone icons at the top center of the display, and a tuner is available to the top right.

Music Memos is an easy to use app for recording high-quality uncompressed bits of music whether played on an instrument or sung as you come up with an idea. The app has been used frequently by musicians who want an always available recorder app to save ideas or musical clips they come up with on the spot. It has a very streamlined interface but a fairly robust set of features for tagging, sharing and adding some basic guitar or drum backing.

It was first released roughly three years ago and received its last update eight months ago that was noted as the same "stability improvements and bug fixes" we saw with the 1.0.6 update.