AppleInsider
Posted: May 29, 2019 1:05PM
in iPhone
In its latest update to its app, Revolut's digital banking service has added support for Apple Pay in a few European countries. 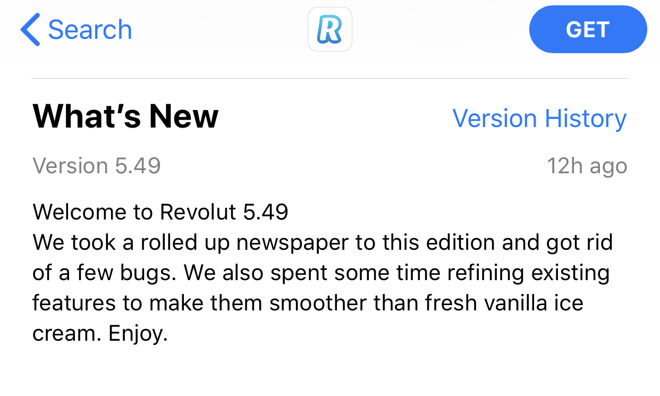 The new update brings the app to version 5.49 and the primary change to the app is the addition of Apple Pay for users. With this update, users will be able to add their Revolut bank card to the Wallet app.

Users within France, UK, and Poland are officially supported though but may work in other regions, though success is not guaranteed.

Revolut is a digital online-only bank similar to Simple or Chime in the U.S. that shuns physical branches and instead relies on third-party ATM networks and a robust app and website for users to manage their finances.

In other Apple Pay news, New York City will begin rolling out Apple Pay at select subway stations on May 31.

Apple first released Apple Pay with the iPhone 6 and kicked off in the United States before expanding to other regions of the world.