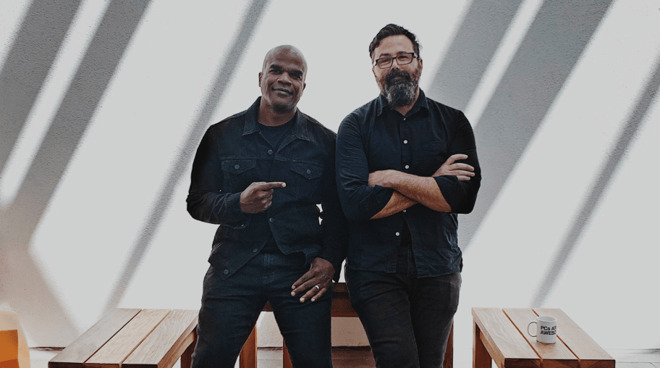 Geoff Edwards on the left, Chuck Monn on the right.

The pair, Chuck Monn and Geoff Edwards, are operating out of Media Arts Lab's flagship Los Angeles offices, Adweek said. Monn has been assigned to iPhone projects, while Edwards will tackle Apple Music, Apple Pay, and unreleased services such as Apple TV+.

Edwards is new to TBWA as a whole, and was recruited by chief creative officer Brent Anderson. His previous work includes R/GA campaigns for corporations like Disney and Nike, both of which are Apple partners in their own right.

Monn has various TBWA Apple credentials under his belt such as recent "Behind the Mac" work.

In recent years Apple marketing has drifted away from straightforward, relatively feature-based ads to "lifestyle" campaigns that manufacture a brand image and ideology. For example a February iPhone ad, "The Backdrop," is nominally about Portrait Mode, but features a young woman depicted as a trendy New Yorker.

The company has also tried to sell itself as a guardian of privacy and the environment, even though it consumes massive resources to build its products.