AppleInsider
Posted: June 3, 2019 7:17PM
in General Discussion edited February 2020
Apple's migration and evolution of Swift continues, with the company releasing the latest iteration of the technology in Swift UI. 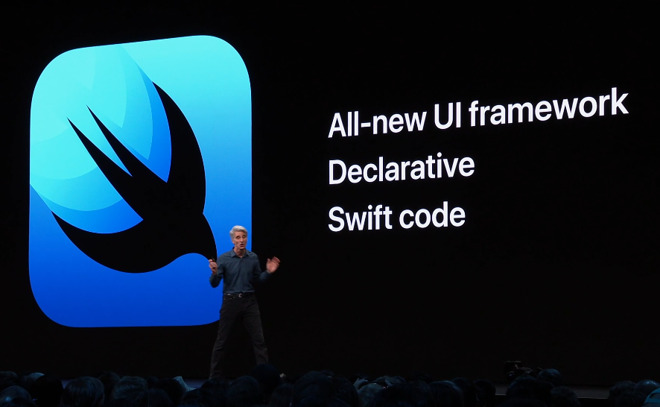 Introducing the newest generation of Swift, Apple's Craig Federighi demonstrated how a hundred-line piece of code simplified down to about a dozen lines.

Xcode has a new interactive developer experience. A preview on a simulated device updates immediately, based on developer changes.

A single click allows developers to shift to the simulator. Apps can be moved to actual hardware nearly instantly, with live edits in Xcode automatically migrated to the attached device.

The new additions can be used across the entire run of Apple's platforms, including Apple TV, and the Apple Watch.