AppleInsider
Posted: June 3, 2019 7:52PM
in iOS edited June 2019
As promised during Monday's WWDC keynote, Apple has issued the first betas of iOS 13, tvOS 13, watchOS 6 and macOS Catalina 10.15 to developers for the first round of external testing. 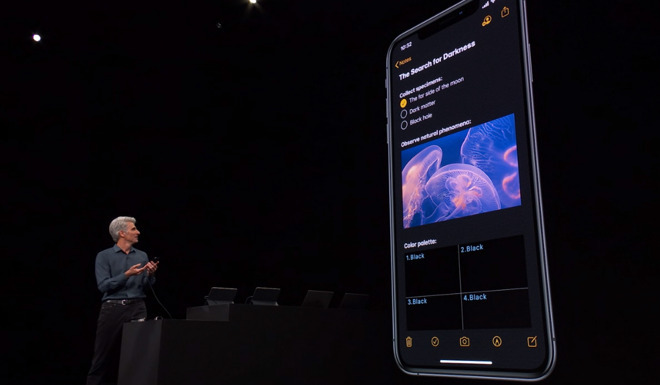 The builds are available to download from the Apple Developer Center for those taking part in the Developer Beta program. For subsequent beta releases, the updates will also be available as an over-the-air update to devices enrolled in the scheme.

Public beta builds of milestone operating systems will not be offered for testing until July, ahead of an anticipated public release of the software in the fall.