AppleInsider
Posted: June 5, 2019 1:28AM
in iOS edited December 2019
Apple's upcoming ARKit 3 feature set, which include People Occlusion and motion capture, will only be available to users of current-generation iPhones and iPads, the company revealed this week. 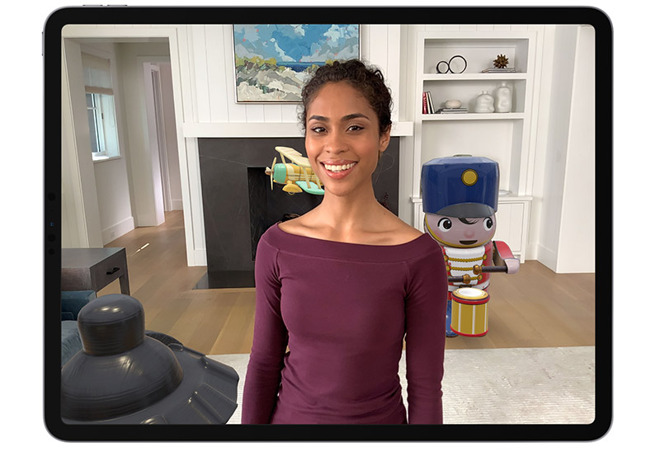 According to fine print buried at the bottom of an Apple Developer webpage detailing the company's augmented reality technology, advanced features in ARKit 3 will be limited to devices with A12 Bionic chip variants or better.

"People Occlusion and the use of motion capture, simultaneous front and back camera, and multiple face tracking are supported on devices with A12/A12X Bionic chips, ANE, and TrueDepth Camera," Apple says.

New for 2019 are complex assets like the aforementioned People Occlusion, which automatically detects humans, allowing AR objects to pass behind and in front of them. Motion capture is another new feature that determines a person's body position and translates that information into user input.

Both People Occlusion and motion tracking are apparently extremely processor intensive, prompting Apple to level the A12 Bionic or higher chip requirement.

Additionally, ARKit 3 support simultaneous front and back camera input and multiple face tracking, the latter of which can track up to three faces and is compatible with TrueDepth camera systems found in iPhone X, XR, XS and XS Max, as well as the latest iPad Pro models.

ARKit 3 is part of iOS 13 and will debut this fall.