AppleInsider
Posted: June 14, 2019 9:41PM
in iOS edited June 2019
Logitech on Friday announced support for Apple's HomeKit Secure Video, a set of tools designed to protect and store data from streaming video cameras, will be rolled out to wired versions of its popular Circle 2 camera later this year. 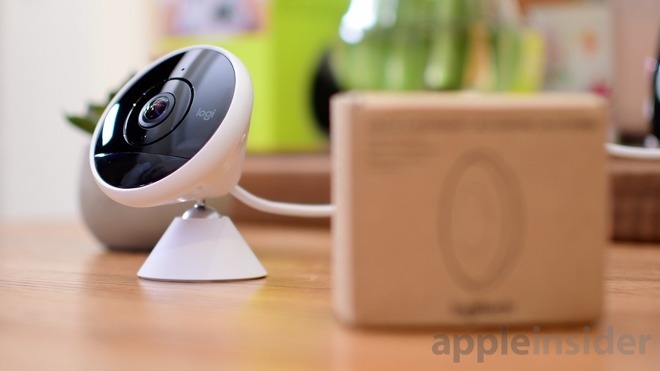 Quietly announced in a post to Logitech's online forum, HomeKit Secure Video will be released to existing Circle 2 owners as a free update sometime this year. A launch timeline was not provided, though Logitech promised to reveal more information on the update closer to release.

The forum entry was spotted by HomeKit Hero earlier today.

In the case of security cameras, footage is first sent to a host device like an iPad, Apple TV or HomePod for on-site analysis like people recognition and activity alerts. The image data is then encrypted, sent to iCloud and stored for later viewing and sharing.

Apple allows up to 10 days' worth of recordings to remain in iCloud without the cache counting against storage allotments. Single camera support is offered for iCloud customers subscribed to a 200GB iCloud storage plan, while a 2TB plan nets support for up to five cameras.

Logitech, Eufy and Netatmo were announced by Apple as companies offering support for HomeKit Secure Video when the framework launches alongside iOS 13 this fall. Netatmo was first to confirm compatibility earlier this month, saying its upcoming Smart Video Doorbell, Smart Indoor Camera and Smart Outdoor Camera will support the platform this year.

For Logitech, the addition of HomeKit Secure Video addresses one of the biggest gripes with the $178 Circle 2 wired camera, an otherwise stellar device that AppleInsider in May ranked as the best HomeKit camera available.