AppleInsider
Posted: June 19, 2019 11:40AM
in iOS edited June 2019
Niantic and WB Games will be releasing the long-awaited 'Harry Potter: Wizards Unite' to the public on Friday, with users in the United States and the United Kingdom the first to gain access to the iPhone AR game that combines 'Pokemon Go' gameplay with the magical film and book universe. 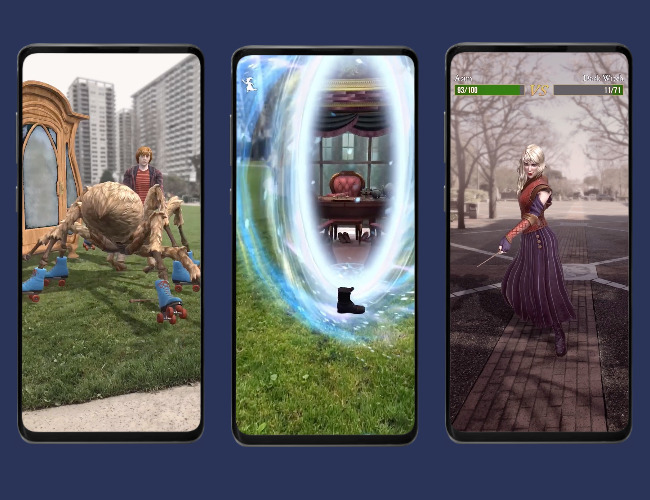 Announced via a tweet, the official "Harry Potter: Wizards Unite" Twitter account reveals it held a launch party for the game, as well as informing it will be rolling out to users in the near future. The message advises potential players more information about regional availability will be offered in the future, and that the UK and U.S. launch will happen on June 21.

First surfacing in 2017, "Harry Potter: Wizards Unite" has been in public beta in Australia and New Zealand for the last month and a half, following a closed beta period during the second half of April that applied only to those living in New Zealand.

We invited some special guests to @UniStudios for an exclusive behind the scenes event to try out Harry Potter: #WizardsUnite for the first time. Keep your eyes peeled and wand ready for more information as the game goes live in your region, starting Friday, 6/21 in the US & UK! pic.twitter.com/gssV77vUMl

Developed by Portkey Games, the label Niantic and WB Games are working under, the game follows the same path as "Pokemon Go" for gameplay, with players required to travel around in order to proceed with gameplay. Players are tasked with being members of the "Statute of Secrecy Task Force," investigating the events of "The Calamity" while at the same time working to cover up the existence of the wizarding world for "Muggles."

Traveling between locations in a similar manner to Pokestops and Gyms to gain benefits, such as recovering spell energy or to brew potions, players can also take part in location-based Wizarding Challenges consisting of real-time multiplayer battles against powerful foes, as well as combatting smaller creatures in other regular events.

A key feature of the game is the existence of portals to locations within the wizarding world, which offers an explorable 360-degree augmented reality environment.

"Harry Potter: Wizards Unite" is currently open for pre-registration on Android devices via Google Play, while iOS users will have to wait until the game is available to play in the App Store.
Sign In or Register to comment.