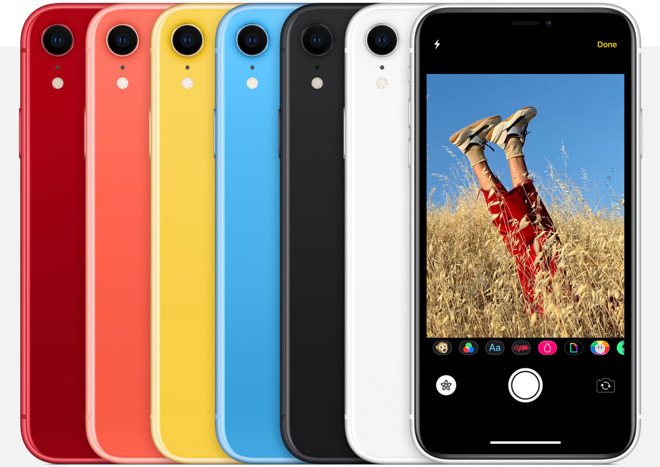 Apple gained 51 basis points to put it at 19.5% marketshare, Huberty said in an note to investors seen by AppleInsider. That's slower than Apple's average 190 basis points during the prior four months, but in combination with accelerating App Store growth in China, Huberty called this a "constructive data point when juxtaposed against weak China demand environment last year and investor fears of a dramatic drop-off in near-term iPhone demand in China." 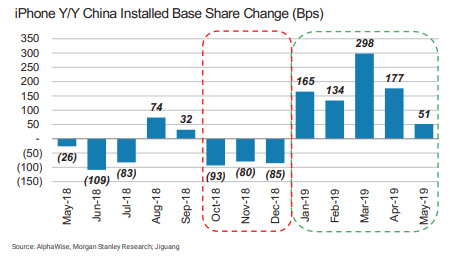 "In our view," she continued, "iPhone price cuts, greater usage of financing vehicles, lower VAT taxes and Chinese consumer confidence that is up ~10 points from last summer (per the National Bureau of Statistics of China) are contributing to surprisingly stable demand trends."

The analyst further noted that a group of 53 Taiwan-based Apple suppliers posted above-season revenue growth in the last three months, although she's still expecting iPhone shipments to be down 10% year-over-year in the June quarter, and down 8% in the September period.

For the June quarter that translates into about 37 million units and $26.2 billion, contributing to estimated overall revenue of $53.6 billion. September-quarter shipments are predicted at 43 million/$32.1 billion, pushing total revenue to $61.4 billion.

Apple still faces the potential threat of an escalated U.S.-China trade war, Huberty cautioned, while citing prospects like a 5G 2020 iPhone, new services, and a stabilizing iPhone replacement cycle as reasons for optimism. She's holding to an "overweight" rating for Apple stock with a $231 price target.

The company infamously saw iPhone shipments fall 15% in the December quarter, something Apple blamed primarily on poor Chinese performance. In April, CEO Tim Cook said that overall Chinese sales were improving, without going into detail on the iPhone.