AppleInsider
Posted: June 25, 2019 12:04PM
in General Discussion edited November 2019
A car with self-driving capabilities could hand control over to a remote operator in the event of an emergency, Apple proposes, with an autonomous driving system taking instructions from a central system to get to a hospital or other location as quickly and as safely as possible. 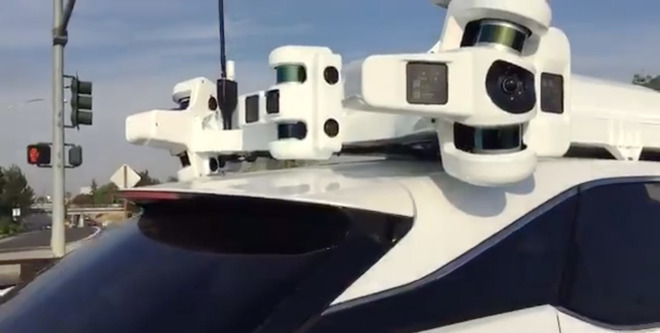 In an emergency, drivers have the opportunity to go as fast as they can within the law to get somewhere as quickly as possible. In many cases, this can consist of people taking someone involved in an accident to the nearest hospital by their own vehicle, or meeting an ambulance half way, to prevent a delay in waiting for the ambulance to arrive in the first place.

The practice does have its issues, such as if there isn't a qualified driver available or if the driver themselves are hurt. Even when using a manual vehicle driven by an occupant or a self-driving car, both also may not be aware of issues with the road that may halt progress or the layout of a complex hospital campus, wasting time.

In a patent published by the US Patent and Trademark Office on Tuesday, Apple's "Authorized Remote Control" describes how an Apple car's driving system can cede control over a vehicle's movements to another remote operator, specifically in a health-related emergency.

According to the patent, a request could be made to a remote driving control system from a vehicle via the car's console. The same command could also be sent automatically by the vehicle itself, if it detects based on sensor data that there is an emergency in progress. 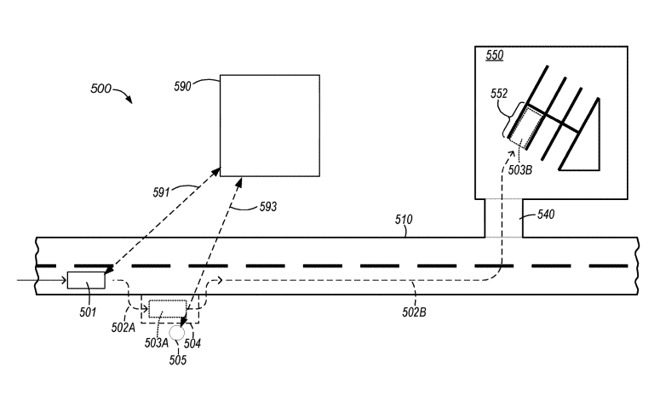 A patent illustration demonstrating how the system could stop during a journey to pick up an individual before heading to the destination, based on remote control instructions.

Throughout, the remote system can issue instructions to the vehicle for transit, and can use internal sensors to monitor the state of the occupant, allowing for a potential change of plans depending on changes of the situation.

The patent continually refers to a "remote control system" for the external driving force of the vehicle during the journey. While this could be for a central computer system that can issue driving instructions or an exact destination and route for the vehicle to take, it could just as easily mean a person that can manually control the vehicle remotely, with authorization to drive at speeds faster than the law allows and unencumbered by the self-driving car's safety systems.

It is also plausible the remote control system's monitoring of the internal sensors could be performed by a medical professional overseeing transit, who could also provide advice to the patient and passengers of things they can do to help while in motion.

Apple files numerous patent applications on a weekly basis, but while the filings are not a guarantee that Apple will be including the concepts in a future product or service, they do show areas of interest for the company's research and development efforts.

Currently, Apple is using a fleet of vehicles in California to test out its self-driving technology, which could be provided to car manufacturers instead of being used in its own vehicle designs.

Many patents have been filed in this field, but the most closely connected ones to the just-discovered patent include filings for gesture recognition of people outside the vehicle, such as police officers controlling traffic during an emergency, inter-car communications to make driving safer, and a "confidence" algorithm that could help speed up a driving system's sensor data collection and processing.