AppleInsider
Posted: June 26, 2019 1:41PM
in Apple Watch
Livongo, a company offering health-tracking services to companies like Amazon and Walgreens, said on Wednesday that it's integrating support for the Apple Watch and similar wearables by Fitbit and Samsung. 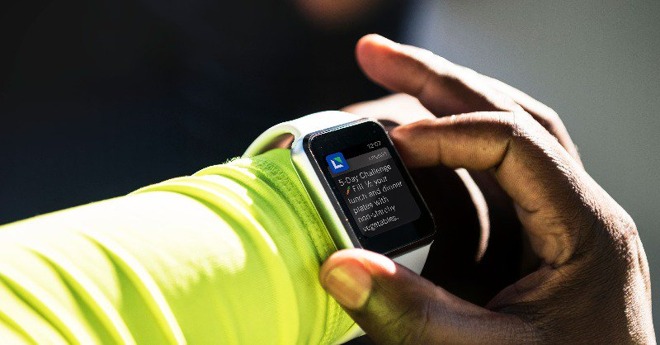 The Livongo app will soon give Watch owners personalized notifications, targeted at their specific conditions, CNBC reported. A diabetic, for example, might get a prompt to take a blood sugar reading before breakfast, or recommendations to swap out certain foods.

Livongo said it's aiming to avoid "alert fatigue" but still catch people's attention. One tactic involves five-day challenges, similar to the seven-day Activity challenges offered by watchOS. In the long term the company is hoping to monitor trends and determine what behavioral changes will be the most likely to help.

The firm is relatively new to the industry, having started in 2014 with a focus on diabetes and specialized technology, such as connected glucose meters. It now has some 164,000 active users, and could go public on the stock market later in 2019.

The Watch and other wearables have quickly caught on with insurers and other businesses with a stake in health, since they offer more accurate activity tracking including heart rate monitoring. Fitter people are often less of a financial burden, since while even the cheapest Apple Watch Series 4 starts at $399, that pales next to the tens or hundreds of thousands of dollars it can cost in the U.S. for surgery or treatment of chronic conditions.

Multiple insurers, such as Aetna, have partnered with Apple on getting Watches into the hands of clients, often at little or no cost to the wearer. Apple is even offering grants to researchers willing to use ResearchKit and/or CareKit.
Sign In or Register to comment.