How to save your Favorites, New and Chill Mixes before Apple Music changes them

AppleInsider
Posted: June 27, 2019 5:13PM
in General Discussion edited October 2020
You can't get back last week's playlists and you can't automatically save copies of them, but you can take steps to make sure Apple Music doesn't take away a new favorite track. 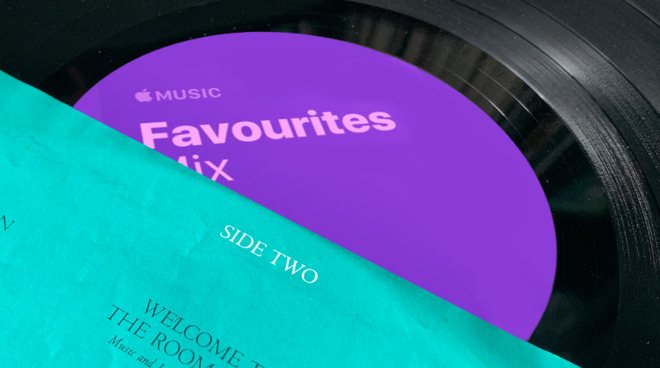 We'd buy this: a Favorites Mix on vinyl

Apple Music is remarkably good at finding you unfamiliar music that you end up loving. It's also a little bit sneaky as it doesn't just do that in the New Music Mix. Apple Music will often add tracks you don't know into your Chill Mix and it will even slip one or to in to your Favorites.

The problem is that it then slips them all back out again after a week. One moment you're coming to think that this is the best song you've heard in ages, and the next it is out of your Mix playlists. There is no way to go back a week, no possible way to find out what that great track was.

This sounds like a job for Siri Shortcuts, and especially in iOS 13 when those can run automatically. You would think that you could make a shortcut that just exports the list of tracks to, say, a note in Apple Notes.

No. You can't automate this because the Mixes playlists in Apple Music are unlike any other playlist you make. They're dynamically created and changed by Apple, which means that although you have one playlist called Favorites, for instance, actually, you don't.

Instead you have a heading, a title, called Favorites or Chill or New, and the contents change weekly. Check out your Playlists in Apple Music and you will not see any of these. You can only see them in the For You section.

If it's just once in a blue moon that you really like a New track, try to make a note somewhere.

Or when it's playing on your Mac, bring up the list, hover your mouse over the track duration, and click. You get a pop-out menu that lets you add to an existing playlist or create a new one. 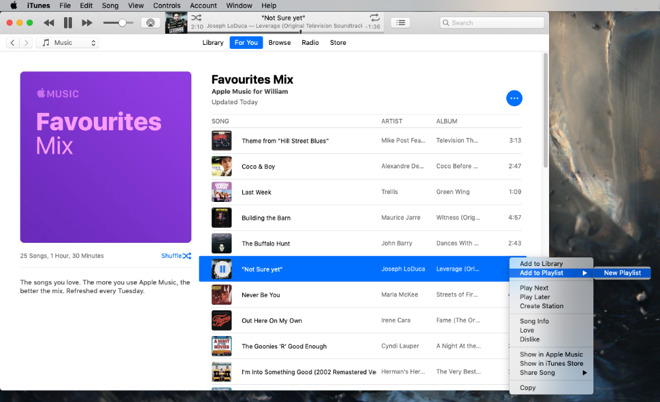 The Mac is oddly unintuitive about how you save a song to a Playlist. You start by clicking on the track's duration.

On iOS, tap to bring the song's title page up to full screen, then tap on the ellipses icon at bottom right.

There you can Add to a Playlist. Whether you've already got one called something like "Favorites Archive" or you create one now, you can add that song to the list.

That does just get you that one song, it does just scratch that itch. We tend to find that it is only as a song is about to go, or even has gone, that we realise how much we like it.

So instead, make a habit of saving the entire playlist. It's not as if you're going to take up any room on your iOS device.

Save the whole mix

Go to your Favorites, Chill or New mix and tap on the ellipses in a red circle icon toward the top right of the screen.

From the list that appears, tap on Add to a Playlist. You get offered a list of all your playlists and if there's already one you want, you can tap on that. As soon as you do, all of the mix tracks are added to that playlist and they'll stay there forever. 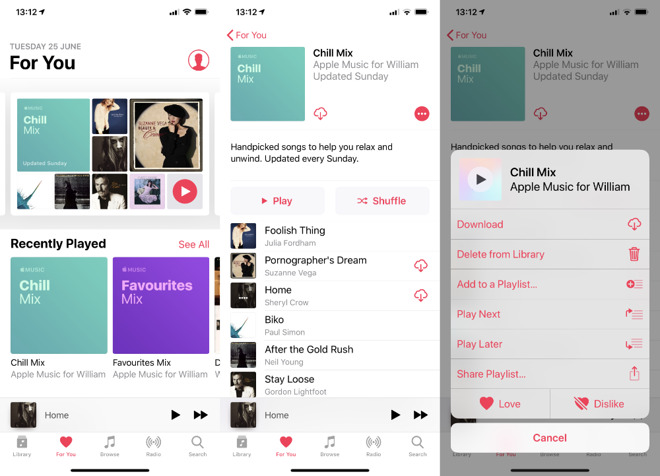 Adding all the music in this week's Mix to an existing playlist is straightforward.

It's slightly less clear what to do if you haven't already set up a playlist and you want to add a lot of music to one. When you press Add to a Playlist and you get that list of playlists, there is also an option for New Playlist... and you can tap on that.

When you do, you have to name the playlist and underneath where you write the title, there is a button called Add Music. Don't press it.

Instead, just press the Done button at the very top right of your screen and all the music in that mix will be added to that playlist.

While it is confusing, there is a reason for that Add Music button. If you were making a regular playlist, that's the button that would let you build it up by picking from across your library or Apple Music. 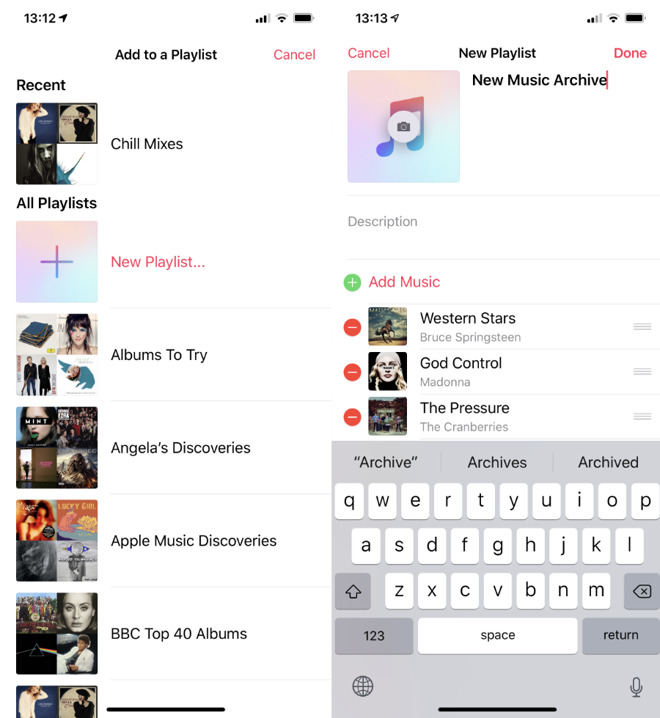 The ideal would be that there was some way you could go back to previous weeks' mixes or at least that you could automate adding tracks like this. Since you can't point Siri Shortcuts at mix playlist -- it only sees your own regular ones -- there is no way to automate anything.

Or rather, there isn't a great way. You can set a weekly alarm in Reminders or any other To Do app. You can schedule Launch Center Pro open the Music app at some specific time each week.

You still then have to do the adding to a playlist and that's hardly convenient. Except, if you make it a habit, you also end up creating a massive playlist of your Favorites and so on.

And, frankly, you avoid the irritation of losing a track.

We have often ended up Googling for the lyrics we half remember, and we have not often been successful. Any chance you know of a song that begins with a few seconds of the band rehearsing and the lead singer, a man, muttering "Oh, yay, the blues has got me," by any chance? Please email us, we're begging you.