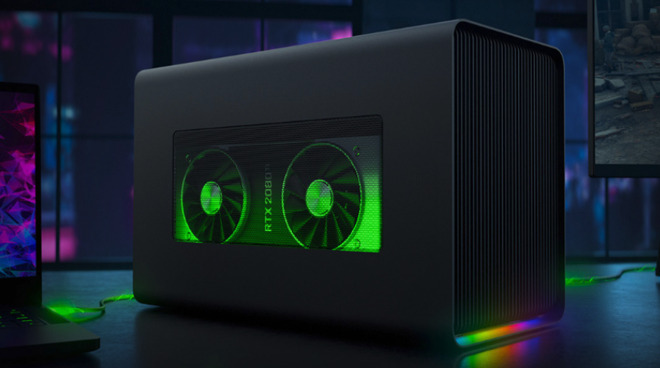 Apple has updated its list of recommended eGPUs and chassis for specific graphics cards. More than a list of supported products, Apple's recommendations include some suggestions for what each item is suited, plus how different apps may utilize them to a greater or lesser degree.

In the category of Thunderbolt 3 all-in-one eGPU products, Apple has now added the Gigabyte RX 580 Gaming Box. When AppleInsider reviewed this in May 2018, we noted that it is a particularly small eGPU that was powerful but couldn't be upgraded.

Apple now also makes a note about which machine the Gigabyte RX 580 Gaming Box is suited for, saying that "these chassis provide at least 85 watts of charging power, making them ideal for use with 15-inch MacBook Pro models." 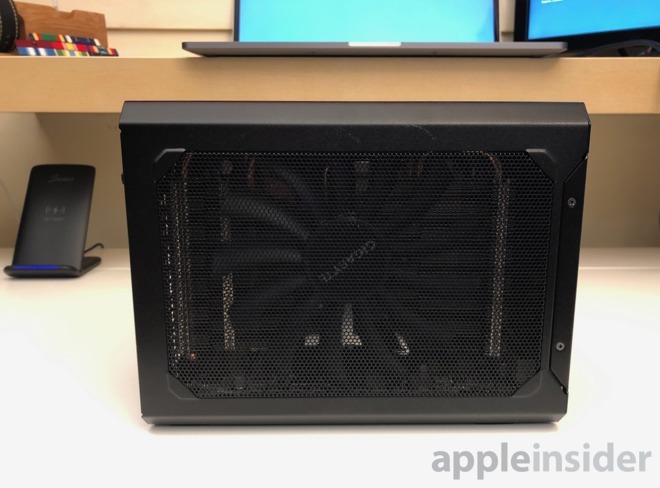 Apple's recommendations for graphics cards are listed in order of their power supplies, arranged from least to highest. Unless you know the power considerations, you can end up with a costly eGPU that either doesn't work, or is unstable.

"If you use Akitio Node with a Mac notebook," continues Apple, "you might need to connect your Mac to its power adapter to ensure proper charging."

Apple doesn't list explicit Radeon VII support, but it has been available to macOS users for some time. Similarly to the recommendations for the Vega 64, the Radeon VII works in the Razer Core X and similarly powered enclosures.