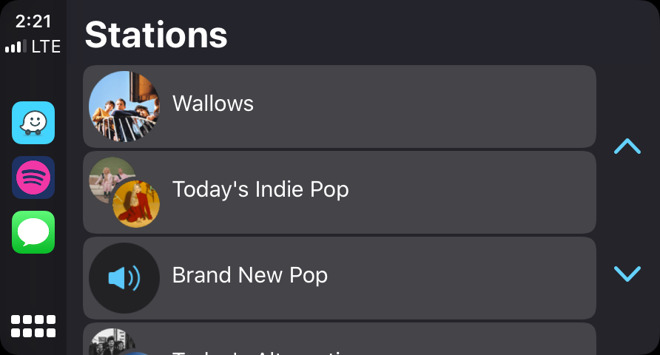 Unlike the regular Spotify app, Stations is focused exclusively on the service's playlists and algorithmic radio. For the latter people can build stations by picking favorite artists, but the app will automatically create new ones as it picks up listening habits.

The CarPlay interface is similar to the iPhone version, immediately launching users into a list view for quick selection. One difference is that that each station is accompanied by a graphic, whereas the iPhone UI sports a text-only list.

Stations is a free download for iPhones with iOS 11.4 or later. Ad-free listening requires a Premium subscription, which normally costs $9.99 per month for individuals.

The app first launched in early June. Spotify describes it as an "experiment" with plans for refinement.
Sign In or Register to comment.