Here are all the changes coming to Photos in iOS 13

AppleInsider
Posted: July 5, 2019 3:32PM
in iOS edited July 2019
As one of the most used apps on iOS, it is no surprise that Apple takes a good look at it on a yearly basis. Once more, there is a fair amount of substantial changes coming to both the Camera and Photos app for iPhones and iPads. 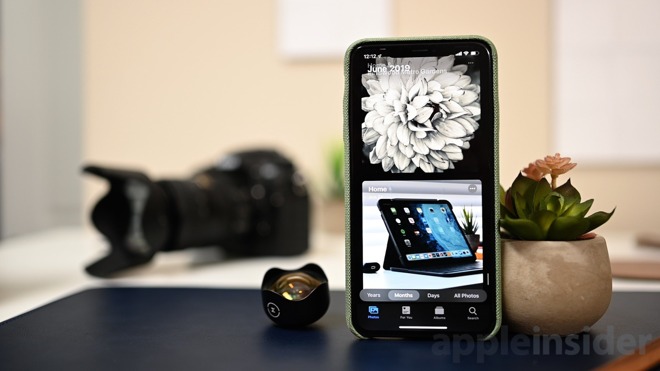 The updated Photos app in iOS 13

Before getting into the bulk of the changes in the Photos app, let's quickly cover the Camera app. 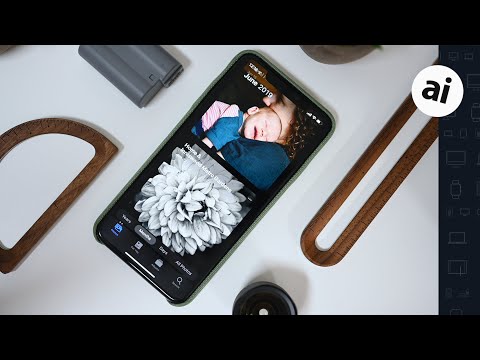 The user interface is largely unchanged, sans for a small icon tweak. The filters icon -- located in the top right corner -- no longer is emblazoned in multiple colors, and instead takes a new grayscale aesthetic. 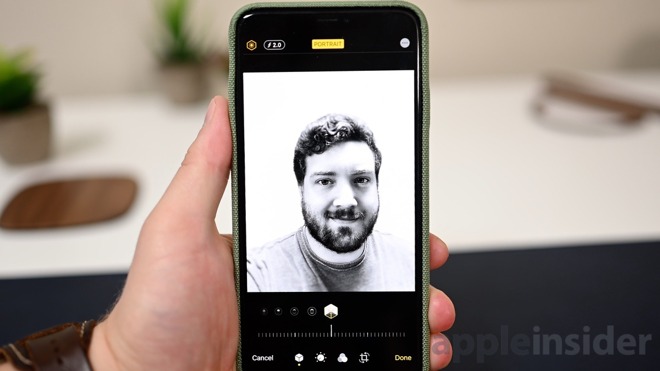 Shooting in Portrait Mode is now more capable. First, with the new High-Key Light Mono effect, it essentially separates out the subject and turns the background solid white, as well as making the subject grayscale.

Portrait Mode also has a new intensity slider and toggle that allows the effect to be more or less prominent. 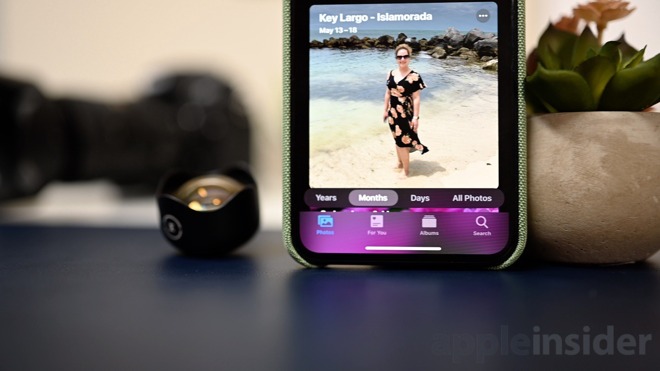 The new layout of the iOS 13 Photos app

The Photos app is where we see the biggest changes, starting right when you launch the updated app. As far as small, visual changes go, the first "Photos" tab now has a simple sunset image on the icon.

More encompassing, the entire app is now broken out into years, on this, days, and all -- just within this first tab.This allows users to more quickly peruse their photos by time, and when navigating between years, months, days, or all, it keeps the timeframe so it is simple to move more granular.

In the month view, it highlights the best events and photos within each month. Photos that are duplicates, are of white boards, are of receipts or documents, and that are screenshots are automatically hidden in day view so only the best images are shown. They can be quickly found in the all photos tab when needed.

As one goes through photos, it is also notable that Live Photos and videos automatically play -- sans audio. If a series of Live Photos were shot within a second and a half of one another they will be strung together into a short video rather than playing individually.

The second tab -- For You -- will now show birthday highlights. If there is someone in the Contacts app with a birth date added and there are photos in the People gallery, on their birthday a special gallery will appear.

In the current beta it seems to be missing, but by the time iOS 13 is released there will be a new smart album for screen recordings. All of them will be visible in one spot just like screenshots and other media types.

Apple has completely revamped the editing interface within the iOS 13 Photos app. When editing a photo, users are immediately dropped into Adjust mode which is designated right at the top. The auto enhance magic wand is now located at the bottom rather than the top right corner, which is now home to the ellipsis for accessing plugins. 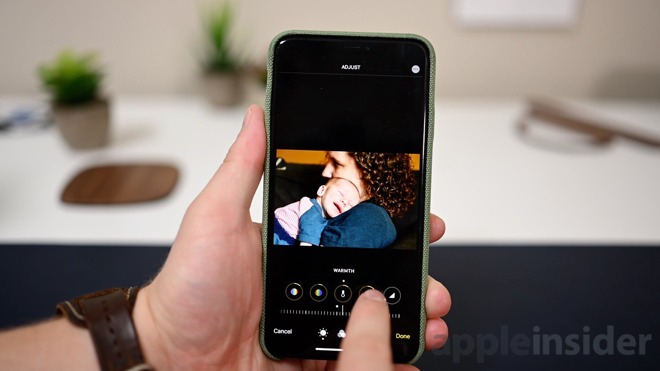 All these adjustments as well as filters have a intensity slider to make them stronger or weaker on the photos.

When cropping images, there are new options for flipping photos as well as for correcting perspective. It has also been newly laid out. 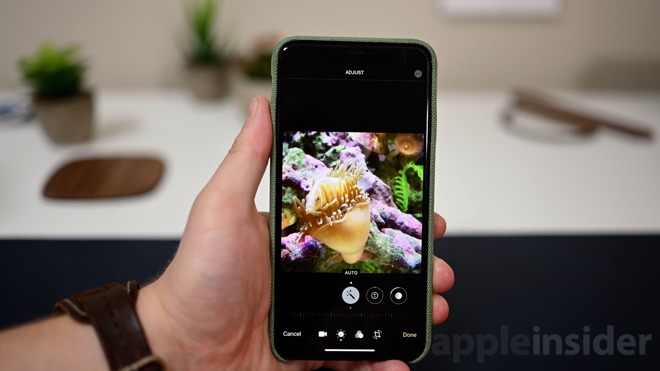 Videos can now be edited in iOS 13

In a huge move for videographers, all of these tools are now available for videos. Clips can be adjusted (automatically or manually), cropped, flipped, perspective corrected, or tweaked with filters. 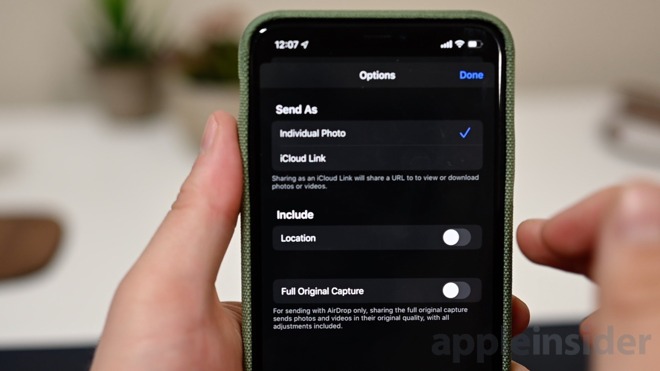 Lastly, when sharing a photo or video via the Share Sheet there is a new button for "Options". This lets the user decide whether to say include location data as well as whether to send as a group of photos or via an iCloud link. When using AirDrop, there is also a preference for full original footage without compression.

Photos is becoming much easier to use with iOS 13 and packed to the gills with new features and enhancements. Stay tuned to AppleInsider for further deep dives into Apple's upcoming software update.