AppleInsider
Posted: July 6, 2019 3:33PM
in General Discussion edited January 2021
The power gurus at Mophie have released a new multi-purpose charger that finally solves many of the pain points that go along with our battery-constrained lives. 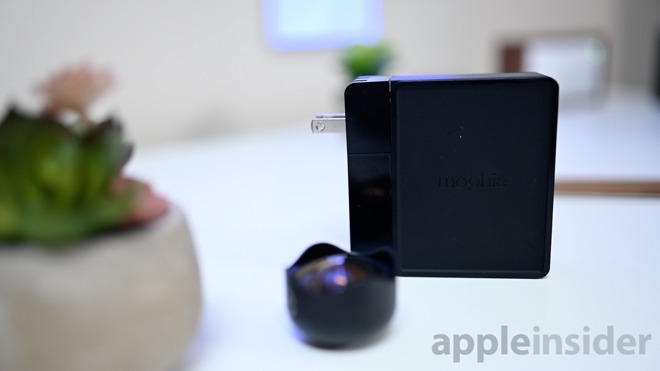 The powerstation Hub was introduced earlier this week, and it caught our eyes for the innovative design that works on its own with a built in battery, powered over USB-C, or plugged into the wall via a collapsible AC adapter. We quickly got our hands on one and have been testing it out ever since.

While there are small drawbacks, it is overwhelmingly a great device to have around. 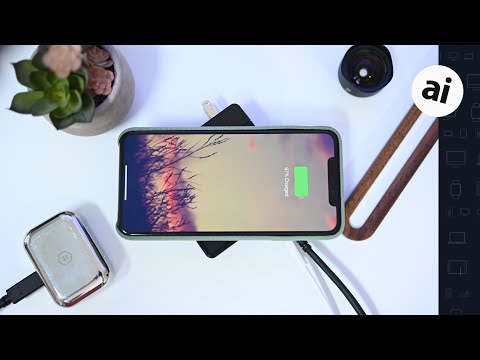 Power all your gear

The powerstation Hub is a simplistic device without many frills. Its appearance is merely a rounded off square puck that fits in the palm of your hand. It feels solid and dense and won't slide around thanks to the soft rubber coating. 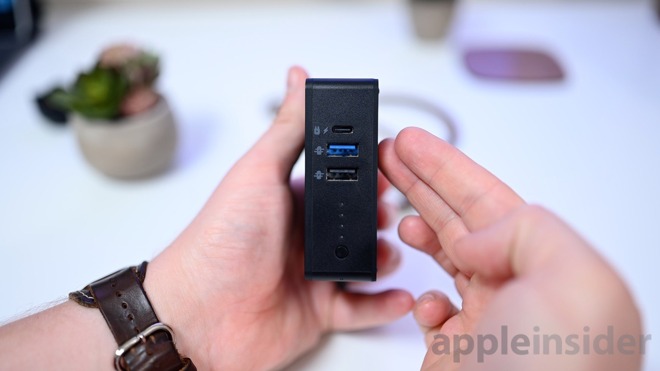 On one end is a removable and collapsible AC adapter, which is handy for packing it for travel. Directly opposing this wall plug is a trio of USB ports used for charging.

On top is a dual-use 18W USB-C port. This can be used as an input to charge up the internal battery or as an output to power up your devices. As it supports USB-C power delivery, that could be used to charge a MacBook, MacBook Air, iPad Pro, or Fast Charge an iPhone.

Then there are two USB-A ports -- a 5W and a QuickCharge 15W. In our world, we've transitioned mostly to USB-C so a second one of those would have been preferable to the two USB-A. Especially if the USB-C is being used as an input, as there is no longer a USB-C output for our iPad Pro or iPhone. 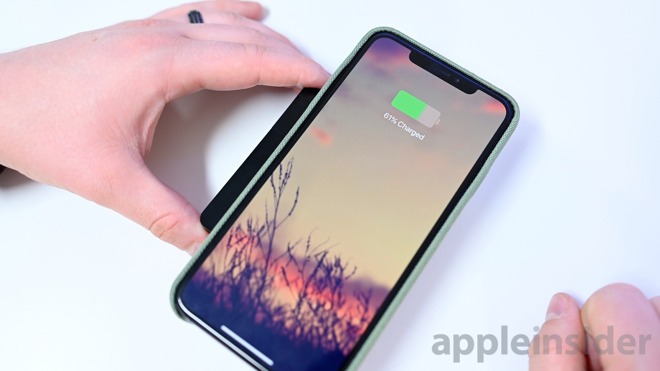 Luckily, part of this is alleviated thanks to the 5W Qi charger on the side. When not plugged into a wall, the internal battery or a USB-C cord can be used to turn the powerstation Hub into a wireless charging pad.

This allows several scenarios to play out, such as to connect it to the side of your MacBook Pro and use it as a charging hub for your iPhone, Watch, and other gear. It can also be thrown in a pocket or purse when going out to always have some power available, without necessarily needing a wall outlet or cord.

It can be difficult to discern which ports will be available since in each configuration something seems to be inaccessible. For example, when plugged into the wall the Qi charger can't be used, or when being powered over USB-C, the USB-C port can't act as an output.

The only way to truly use all four outputs at once is by utilizing the internal battery. Unfortunately, it isn't the largest around.

The biggest downfall for the Mophie powerstation Hub is the battery limitation, as Mophie only chose to include a 6,100mAh battery within the device. That will charge an iPhone X roughly one and a half times, which is fine, but when you try to use it with multiple outputs, the available power is consumed far too quickly. 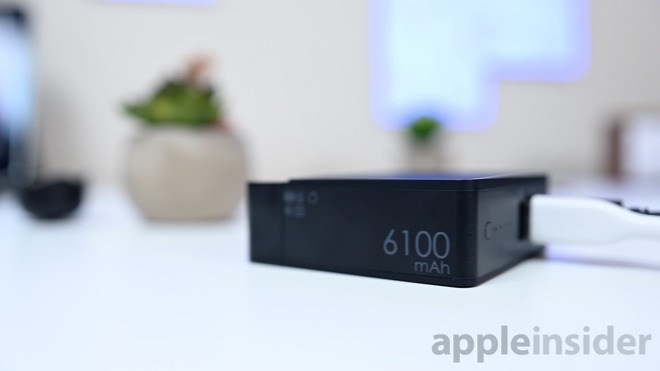 Mophie powerstation Hub has a 6100mAh battery inside

When untethered to the wall, this battery pack has four output: the 18W USB-C, a second fast USB-A, the slightly slower type-A, as well as the wireless charging. When all of these are connected, your gear will only charge for a couple minutes before that battery is depleted.

The obvious course of action is to simply avoid doing that by not using all of those ports at once. Just because they are available doesn't mean they always have to be used.

This is also certainly useful when the powerstation is plugged into the wall or when plugged in over USB-C and the wireless charger and two of the USB-A ports are available. 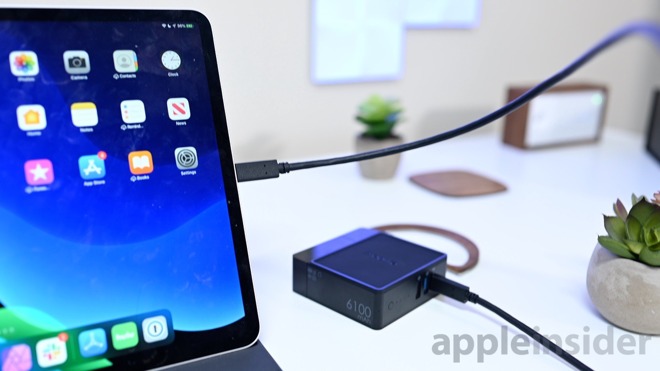 We can't hold this too much against Mophie, as packing in a higher capacity battery would have necessitated a larger enclosure. Now this is no longer a pocketable multi-charger but instead a full on battery pack, it may not even be able to fit into a wall outlet without pulling itself out due to the weight.

We get the choice to include the smaller battery, we just need to remind ourselves it isn't a massive battery, and simply one to be used sparingly when needed.

Mophie's inventive multi charger is a truly useful device. Whenever we head out -- anywhere -- we are always thinking of the cables or power constraints we have. The powerstation Hub really alleviates most of those pressures.

Just grabbing this, we have a battery pack with a wireless charger for short-term power. Using only a USB-C cable, we can connect this to our Mac (or use our Mac's charger) to power up the wireless charger and the USB-A ports. When available, we can plug the whole thing in the wall to power most of our gear. 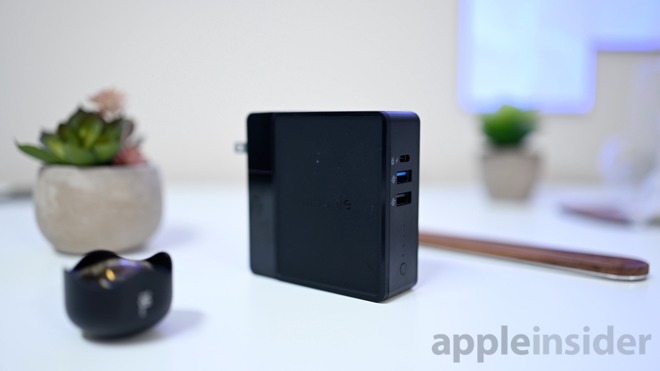 We've been accustomed to dragging along multi-chargers that just pack a series of USB ports together, but by adding wireless charging and the battery into the same form factor it becomes even more useful.

You can pick up the powerstation Hub directly from Mophie's website for $99.