AppleInsider
Posted: July 9, 2019 12:30PM
in iOS
Major League Baseball released it's new All-Star Concierge feature on its Ballpark app-- utilizing Apple Chat to help users get the most out of their experience. 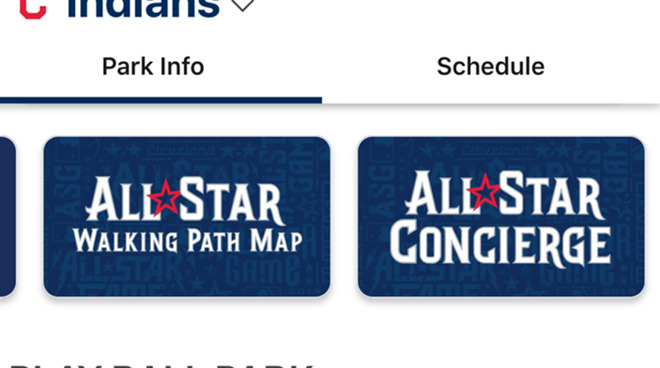 Currently, the feature is only implemented in a few areas in the MLB Ballpark app, for example the Cleveland Indians. Tapping on the All-Star Concierge button will bring a user to the iMessages app where they can ask questions via Apple Business Chat. 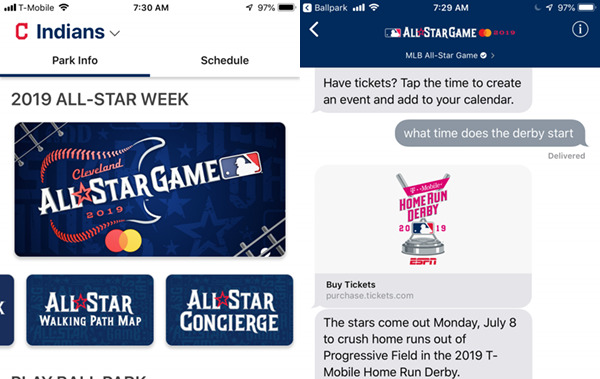 Users will be able to ask specific questions, such as what time games begin, where shuttles will be located, and more. The app will either provide a quick answer with appropriate links or can open appropriate apps like Maps and Calendar to give users directions or keep track of upcoming games. Ideally, this will cut down on game-day stress and help streamline a fan's experience.

All-Star Concierge will be expanding throughout the season as more stadiums begin to pick up the feature. Major League Baseball has integrated other Apple features before, including implementing Apple Pay expansion at stadiums and ARKit enhancements for it's At Bat app.
Sign In or Register to comment.