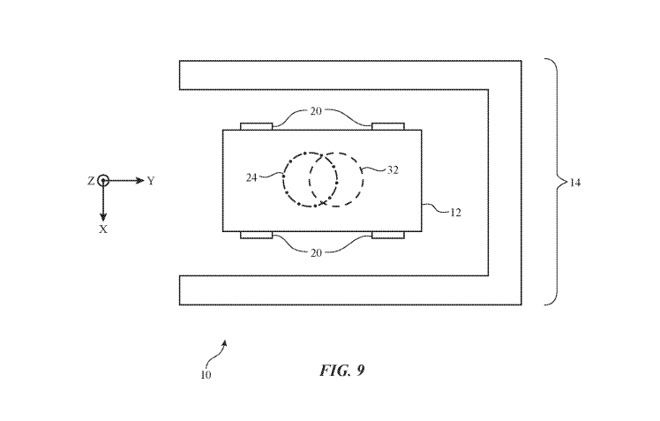 Titled "Wireless Charging Alignment Systems," U.S. patent application 20190210480 describes a car in which "control circuitry may use the steering and propulsion system to park the vehicle in a parking space," where "wireless power may be transferred from a wireless power transmitter in the parking space to a wireless power receiver coupled to a vehicle body." Sensors would record transmitter alignment and efficiency, using this data to better optimize parking later on.

"Vehicle parking position may be intentionally varied over a series of parking events to gather additional alignment information," Apple adds.

The application was originally submitted in March and credits several inventors, among them Jeff Alves, a senior hardware engineering manager at Apple, and Derryk Davis, a product design engineer.

Most notable may be Hunter Wu, a senior power engineer at the company's secretive Special Projects Group. Wu has been with the company since Dec. 2015, and was previously a chief science officer at WAVE -- standing for Wireless Advanced Vehicle Electrification. That firm created wireless chargers for electric buses.

It's widely anticipated that any "Apple Car" will be an EV given industry trends, Apple's penchant for environmental causes, and a lack of experts in combustion engines. The company is known to be testing self-driving systems, and recently bought out self-driving car startup Drive.ai.

Still up in the air is when a finished vehicle might hit the roads. While once anticipated as soon as 2020, a release now isn't expected until at least 2023.
«12»