AppleInsider
Posted: July 25, 2019 10:46AM
in General Discussion
Apple's suppliers are reportedly in the process of making 75 million of the September 2019 'iPhone 11' range, which is approximately the same as orders for the 2018 models. 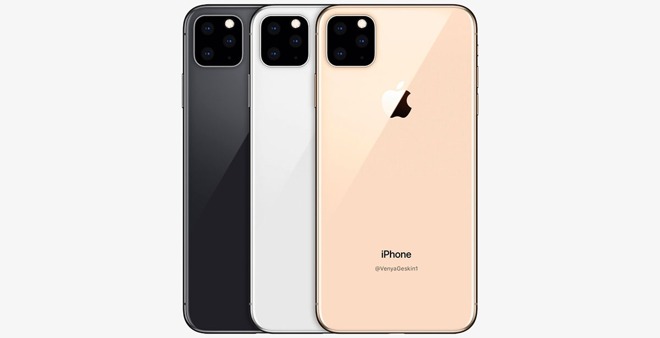 That 75 million production order is approximately the same as it was for the 2018 family that included the iPhone XR, iPhone XS, and iPhone XS Max at launch. Apple is apparently anticipating that demand will remain steady, at least in the first few months, despite an overall fall in smartphone demand and the ongoing trade disputes between the US and China.

According to Bloomberg, suppliers in Asia are planning for 75 million devices, and to have the capacity to go to 80 million if required. The figures, from unnamed sources in the supply chain, are for all three of the expected new iPhone models.

Foxconn, in particular, is reported to be increasing its workforce in Shenzen. It is also believed to be paying staff around 10% more this year in order to ensure having enough people to make the devices.

That's despite Foxconn's founder urging Apple to move its iPhone production away from China over both rising labor costs and the US/China trade tensions.

The 75 million would only be for the launch period of the device, spanning September, October, and some of November. Apple provides estimated order quantities up front to device manufacturers, and adjusts them as device demand peaks and wanes, as well as tailoring them for consumer demand of a particular model.

That will be in part because of how sales of the iPhone have declined and also because of persistent rumors that the 2020 iPhones will feature major updates including 5G and possibly an iPad-style ProMotion display.
«12»