Editorial: No, Apple isn't in a post-iPhone era, and won't be anytime soon

AppleInsider
Posted: August 1, 2019 4:09PM
in General Discussion edited August 2019
You can prove anything with statistics, and sometimes it's obvious why you'd try. After Apple made it's usual everything-is-great financial call this week, talking heads are dramatically pointing out that for the first time in seven years, the iPhone accounted for less than 50% of Apple's revenue. 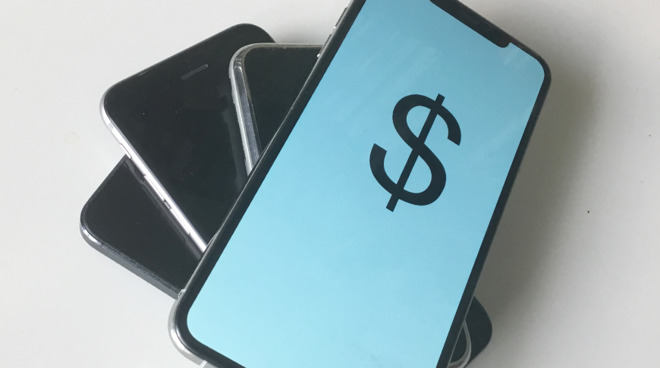 Yes, the iPhone is less than 50% of Apple's revenue when examined on a quarterly basis. And so is the fact that Apple is now applying its repeated "couldn't be happier" line to just about everything else it does but the iPhone.

However, pundits who can quite correctly count that under 50% figure, and ones who look back to check their 2012 notes, have then been taking a leap into unsupportable nonsense. It's the Apple pundit syllogism -- they need to report bad news for Apple, this is some news about Apple, therefore it must be bad news.

We see this all the time, most recently in parades of articles about how ghastly the 'iPhone 11' design is, even though all indications are that it will look pretty much the same as last year's models.

Apple did sell 13% fewer iPhones this year than last. And it wasn't a fluke, it is part of a trend that's been going on for some years.

That 13% fewer dollars generated in iPhone sales is clear. Apple sold this many iPhones before, it's sold this many now, there's no quibbling. It's the use of the 50% figure as some sort of crisis flag that is insane.

Yes, this quarter, and this quarter alone, the iPhone represents less than half of Apple's revenues, and the last time it was under 50% was in 2012. Only, we know that Apple made $26 billion in iPhone sales this past quarter. In 2012, it made something in the order of $33 billion for the same period. This is less, Apple is doomed, QED.

In between that 2012 Q3 and this 2019 one, though, Apple brought out the iPhone 6 Plus. It's brought out many iPhones, and pundits comparing this 2019 quarter to that one 2012 quarter choose to omit important details.

If you use the figures across all of the years and you ultimately see the decline, but you also see how at times Apple has earned over $60 billion from iPhones in a quarter. And then there's that quarterly figure. It is being compared in a vacuum, without context.

For the quarter, Apple's iPhone sales are less than 50% of revenue. It is also historically the slowest quarter for iPhone sales, and has been so for the last decade because of September release cycles. Historical context is also something being lost in the noise.

Compared annually to account for the ebb and flow of iPhone demand, it absolutely isn't the case that less than 50% of Apple's revenue is from the iPhone. Instead, for the last four quarters, it's about 56.5%. 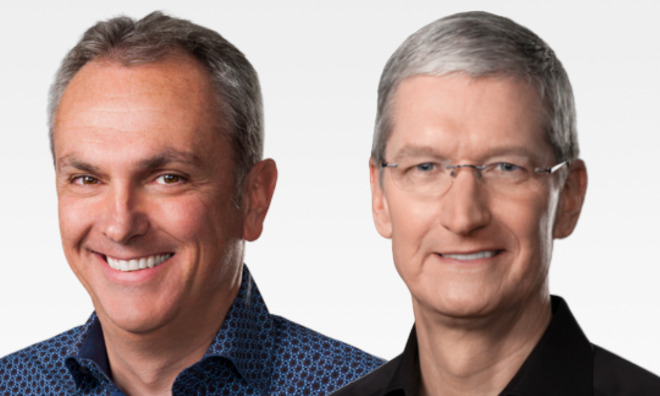 Next quarter, when the "iPhone 11" comes out, the iPhone won't encompass less than 50% of Apple's revenue. And the quarter after that, it positively won't be.

You would think that being able to say Apple used to make $60 billion and now it's only making $26 billion might be a story, but details complicate things and details almost never help the pundit syllogism.

Not when if you quote a detail like one actual sales figure, you are surely beholden to quote others. And when you do that, the story is that Apple is making an incredible amount of money -- just not all of it from one product. Any business journalist, any sane human being, would have to think that's sensible of Apple, but we're not talking about sense and there is a hope that we aren't thinking either.

We're not in a post-iPhone era, and we're not going to be in one any time soon. We're not in a crisis scenario where Apple must now scramble to find a way to replace its iPhone revenue stream, when Apple has been doing precisely that and like every other thing it has migrated to across the years, it set the table well before.

It knew the iPod was starting to collapse, so it launched the iPod touch and iPhone, so it could launch the App Store. The App Store paved the way to Apple's services. And, there have been earlier and later examples.

Apple has been diversifying for 20 years -- as every business ultimately needs to -- lest it become too reliant on one product. Apple has been doing that since before analysts noticed any sales drop, and it has been doing so since it founded itself over four decades ago.

The real story in this week's earnings call is that Apple has been doing this very, very successfully under Tim Cook's leadership for about the last decade.

Somehow, calls that Apple is doomed have continued to echo for decades. Calls still come that Tim Cook needs to go over some perceived slight to a user, generally accompanied with the similarly nonsensical "this never would have happened if Steve Jobs was alive."

Cook is where he needs to be, and Apple still isn't doomed. It hasn't been for 20 years -- but when somebody renews the clarion call, it will generate the clicks.