AppleInsider
Posted: August 16, 2019 10:41PM
in iOS edited August 2019
A group of iOS app developers have taken issue with new privacy policies Apple is set to debut with iOS 13 this fall, saying location tracking restrictions placed on third parties are anti-competitive and could harm their respective businesses. 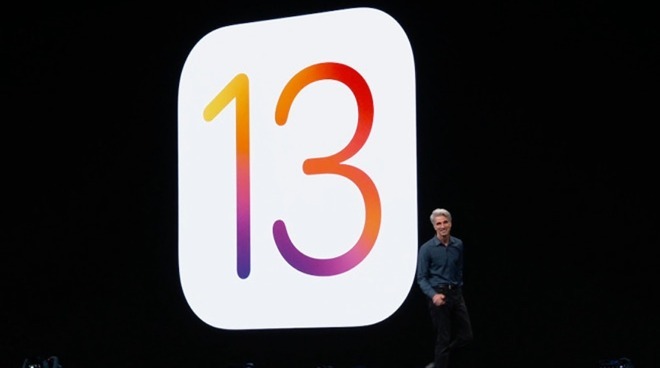 Apple grants a pass for its own apps that track device location but prohibits third-party apps from doing the same, suggesting the company's regulations amount to a "double standard," the group said. Developers are concerned that Apple's decision to restrict availability of location tracking tools gives its own apps an innate competitive advantage, according to the report.

"As Apple expands into additional services, some of which compete with developers like us, the need for a level playing field becomes ever more critical to allow the ecosystem to flourish," the email reads.

Each of the signatory apps integrate a form of device location functionality, with some relying on the technology to power core platform features. For example, Tile monitors the position of its Tile trackers, while Life360 provides users real-time location sharing and geofenced alerts.

"We take responsibility for ensuring that apps are held to a high standard for privacy, security and content because nothing is more important than maintaining the trust of our users," an Apple spokesperson told The Information. "Users trust Apple -- and that trust is critical to how we operate a fair, competitive store for developer app distribution. Any changes we make to hardware, software or system level apps is in service to the user, their privacy and providing them the best products and ecosystem in the world."

Apple has greatly reduced the ability for users to inadvertently enable location tracking features in iOS 13. Currently, users can activate constant, always on tracking upon initial app setup, but that option will not carry over to the next-generation operating system. In iOS 13, tracking must be activated from the system Settings menu.

Developers claim the change will lead users to believe an app is not functioning as advertised.

Further, the developers are concerned that new restrictions applied to PushKit, a tool that enables Voice over Internet Protocol calls, will negatively impact their apps' effectiveness. Certain apps have leveraged PushKit to collect user data, including location information, the report said. With iOS 13, Apple is limiting PushKit's ability to perform background operations, effectively limiting its use to VoIP calls.

The change affects apps like Life360, which harnesses PushKit to dispatch emergency services to a user's location in the event of a car accident, according to the report.

"Like you, we are committed to ensuring that privacy is a top priority, but are concerned that the current implementation will create user confusion that actually undermines this goal," the email reads. "The changes also have the added effect of removing critical geolocation functionality while simultaneously not applying to Apple's own apps, some of which compete with the products we develop."

Apple is working with signatories of the letter to implement alternative means of location tracking, the report said.

Apple could conceivably make changes to iOS 13 prior to its expected September debut, but the prospect is unlikely considering the company's stance on user privacy.
«12»