AppleInsider
Posted: September 5, 2019 5:29PM
in iPhone edited September 2019
Apple has updated the Apple Events app for the Apple TV in preparation for its "innovation only" iPhone launch event on September 10, confirming there will be a publicly-accessible stream of Apple's product launches on that day. 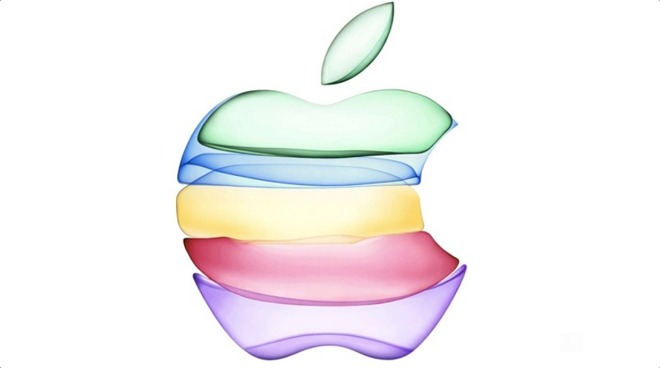 Updated on Thursday, the Apple Events app now includes a listing for an "Apple Special Event" on September 10, complete with the same stylized Apple logo as seen in media invites to the presentation.

The listing for the event advises "Tune in at 12:00pm (Local Time) on September 10 to watch this event live." It also notes the show will be held at the Steve Jobs Theater, located at the headquarter campus on Apple Park. 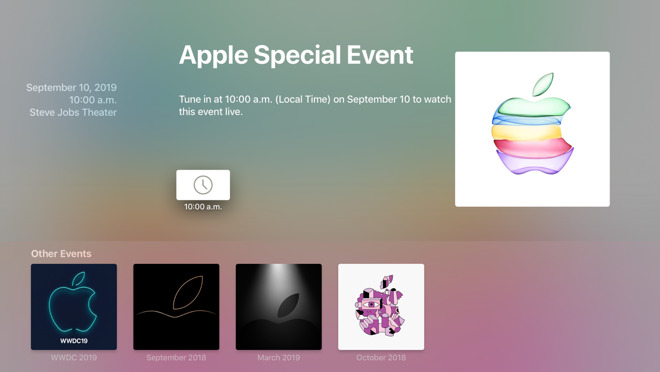 Apple is anticipated to launch a new range of iPhones, thought to be known as the "iPhone 11," "iPhone 11 Pro," and the "iPhone 11 Pro Max," with each bearing an extra camera on the back of the devices, bringing the premium models up to three lenses. Other changes can include improved water and drop resistance, a removal of 3D Touch in favor of Haptic Touch, and a multi-angle Face ID that works while laying flat.

There are also rumors Apple could bring out an updated Apple Watch model at the event, along with new Mac and MacBook models, and new iPad Pros.