AppleInsider
Posted: September 10, 2019 10:17PM
in General Discussion edited August 2020
Apple's original programming, set to air this fall with Apple TV+, is mastered with high quality video and audio systems from Dolby, and you can play them if your Mac, Apple TV or iOS device is compatible. 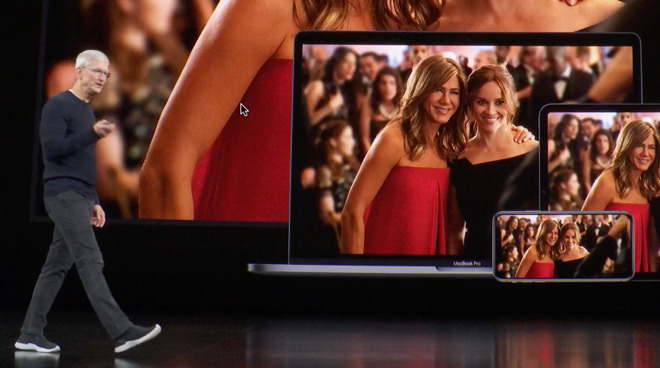 Following Tim Cook's unveiling of the launch date and cost of the forthcoming Apple TV+ service, Apple has released more technical details about how the programs will be screened. This includes the fact that, on compatible equipment, all titles will be offered with 4K HDR / Dolby Vision, and most will also feature Dolby Atmos sound.

Apple TV+ will launch on November 1, but titles featuring this improved sound and vision quality are already available through the iTunes Movies store.

To watch either existing titles or those coming with Apple TV+, you will need to have one of the following devices to get both Dolby Vision and Dolby Atmos:

If you have one of these compatible devices and you've previously bought HD movies that are now available in this higher-quality format, they will be automatically updated for free.

Apple has had Dolby Atmos on its Apple TV 4K hardware since 2018, but began promising it even earlier.

Earlier this year, Netflix introduced Dolby Atmos or Dolby Digital Plus 5.1 to certain of its titles.