AppleInsider
Posted: September 11, 2019 2:33AM
in General Discussion
Apple is once again in the crosshairs of non-practicing entity Uniloc, which on Tuesday filed a complaint alleging the tech giant's app update mechanisms in iOS and macOS infringe on a patent developed by Philips. 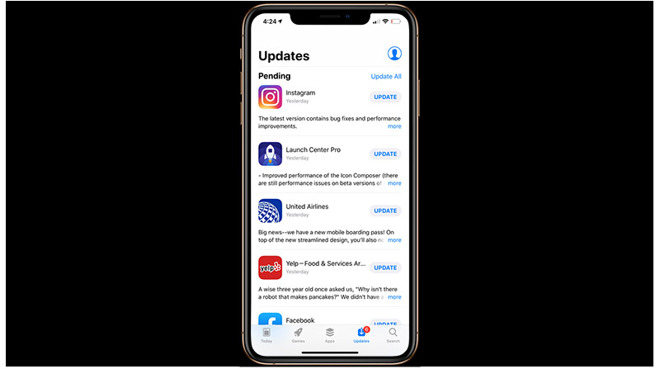 Lodged with the U.S. District Court for the Western District of Texas, Uniloc's lawsuit leverages a single patent filed for in 1999 and granted in 2002 to Philips Electronics.

The IP in question, U.S. Patent No. 6,467,088 for a "Reconfiguration manager for controlling upgrades of electronic devices," covers methods of fulfilling software upgrade requests based on a specific set of configuration parameters on the host device.

For example, the system might determine whether a requested update requires a specific operating system version and either allow or deny the process based on that information. Compatibility checks appear to be at the heart of the suit.

According to complaint, Apple's iOS and macOS are in violation of Uniloc's patent because they rely on respective iOS App Store and Mac App Store mechanisms to update installed apps. Said updates can be considered "reconfigurations" of the device, in infringement of multiple '088 patent claims, the suit asserts.

Accused infringing devices are identified as those running iOS or macOS, including the iOS App Store or Mac App Store. In other words, all iPhones, iPads, iPod touch units and Mac models capable of downloading, installing and updating apps through the App Store.

Apple filed an petition to challenge the validity of the '088 patent with the Patent Trial and Appeal Board in 2018, arguing that the IP's claims are obvious pursuant to prior actions. The PTAB declined to take up the review on grounds that Apple failed to show likelihood that it would prevail on presented merits. A subsequent request for a rehearing was denied in July.

Uniloc initially leveraged the IP against Apple in 2018, though that case was voluntarily dismissed without prejudice.

Uniloc in its complaint seeks a jury trial to determine undisclosed damages and court fees.