AppleInsider
Posted: September 12, 2019 11:53AM
in Future Apple Hardware edited August 2020
Apple apparently isn't settling on just Face ID and Touch ID for biometric identification, and is continuing work on identifying a palm placed on a device to authenticate a user. 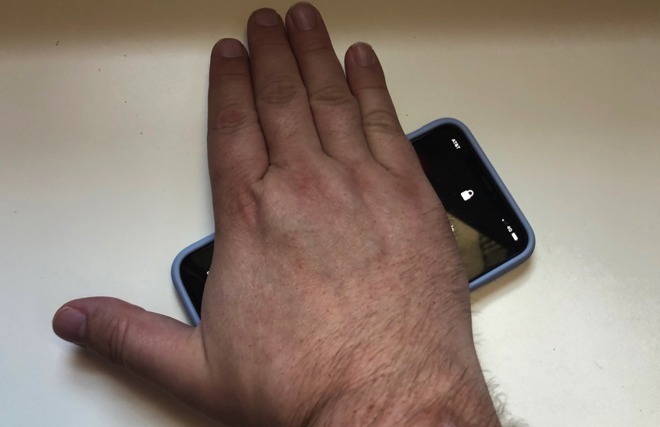 Apple has recently filed for a patent detailing aspects of its innovation in the field. Instead of using a hand-shape for a user to authenticate with, long seen in movies and television, Apple is proposing something similar to Touch ID on the iPhone or iPad, where different aspects of the palm's vein geometries are mapped and orientation is determined in real-time.

Patent 20190278973, filed in January, discusses Apple's approach. Similar to its patent on a screen-embedded biometric detectors, Apple is suggesting that a screen have multiple layers with the substrate, a photodiode layer, and a field of view layer above the photodiode.

Infrared light is emitted, and the controller determines the palm vein mapping from the photodiode layer. Palm crease data is simultaneously scanned with light in the visible spectrum, and is used above and beyond the vein mapping to enhance accuracy. 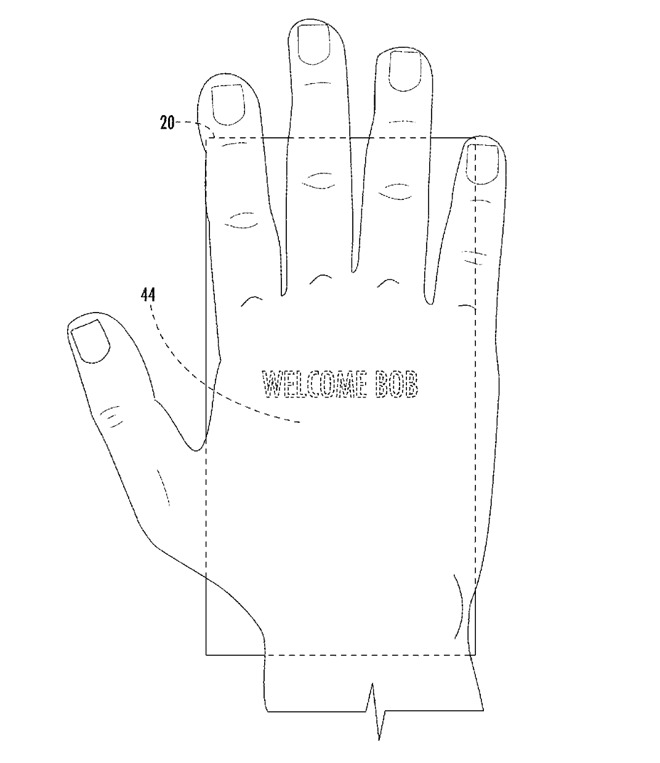 Apple's illustration showing palm identification on a device like an iPhone

The patent also discusses using the in-screen detectors in conjunction with the Face ID TrueDepth camera. This would allow for multiple, simultaneous points of biometric authentication. It could also additionally map a user's hand movement during the process to better identify specifically where on the palm the device is mapping, without relying on landmarks previously identified during the palm registration process.

Apple notes in the filing that biometric identification can be used as a form of health monitoring. The company does not delve into specifics as to how this is done in the patent filing, but depending on resolution and accuracy, comparative vein mapping in the hand over time could identify swelling, blockages, or other similar health issues.

Apple appears to be thinking about using the technology as a passive verification of the user, without prompting. The patent application suggests that the palm identification can be done "while performing another task" when using an application on the device.

Further, Apple is thinking about using a derivative of the technology in an Apple Watch or Apple Watch band. The patent explicitly shows a user placing the palm on the Apple Watch, and the text details a sensor contained in a watchband as well interfacing with the worn watch. Similarly to how the heart rate detector works, this could be used to ensure that the user has not removed the watch since the last authentication. 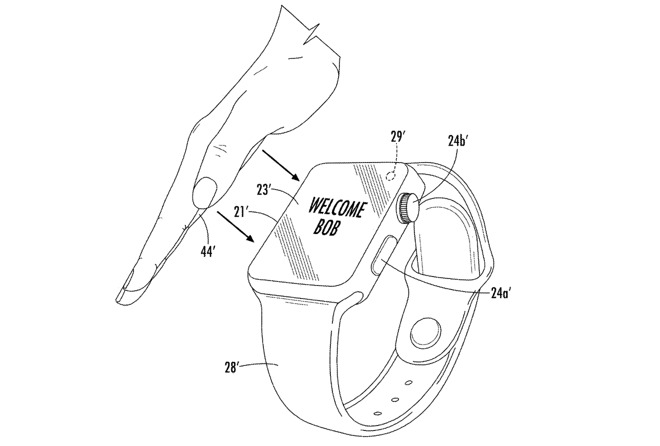