AppleInsider
Posted: September 12, 2019 3:25PM
in General Discussion edited December 2019
Apple has released a new video to their YouTube highlighting some upcoming titles to Apple Arcade, showing off a wide variety of games from both big name and indie developers. 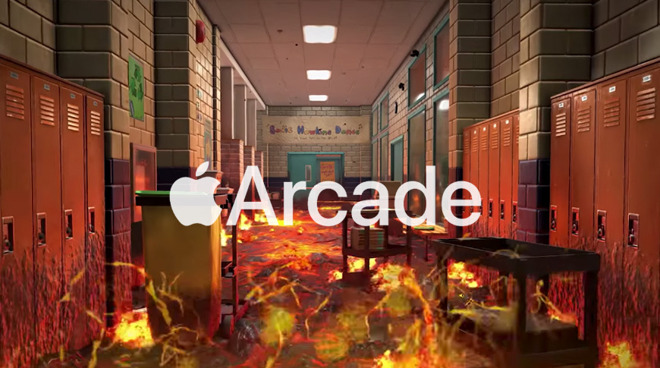 The video is a 100-second promo of some of the titles we can expect to show up on Apple Arcades' launch day. Titles showcased include many that we've already seen highlighted elsewhere.

Hot Lava by Klei Entertainment, a competitive platformer that reimagines the childhood game "the floor is lava." Players will dash through levels in an attempt to complete objectives before others.

Earth Knight by Cleaversoft is a hand-painted, randomly generated side scrolling runner. Every time a player launches the game, they'll be greeted with a new experience.

Skate City by Snowman is a fresh take on the skating genre. Players can pull off complex stunts with intuitive tapping and swiping gestures

Jenny LeClue - Detectivu by Mografi is a narrative-driven game where players control both Jenny, the titular character, as well as a second main character -- the author writing about Jenny's adventures.

Lego Brawls by LEGO allows up to 12 friends to come together to create, customize, collaborate, and brawl together in classic Lego style. Lego Brawls will also allow players to turn their Apple TV into a scoreboard for everyone who is playing.

Sayonara: Wild Hearts by Annapurna is a music-heavy game designed to make players feel as though they're playing in a music video. Every stage is a different song and incorporates elements of both endless runners and rhythm-based games.

Sonic Racing by SEGA, Pac-Man Party Royale by Bandai Namco Entertainment, and Frogger in Toy Town by Konami bring beloved characters to Apple Arcade and into the hands of players everywhere.

Other titles shown in the video include Shinsekai: Into the Depths, Cricket Through the Ages, ShockRods, Redout: Space Assault, Super Impossible Road, Oceanhorn 2: Knights of the Lost Realm, and several others.