AppleInsider
Posted: September 27, 2019 11:11AM
in General Discussion edited September 2019
All streaming service providers entering Europe must include at least 30% locally-produced video by the end of 2020, and neither Apple TV+ nor Disney+ are currently close to that figure. 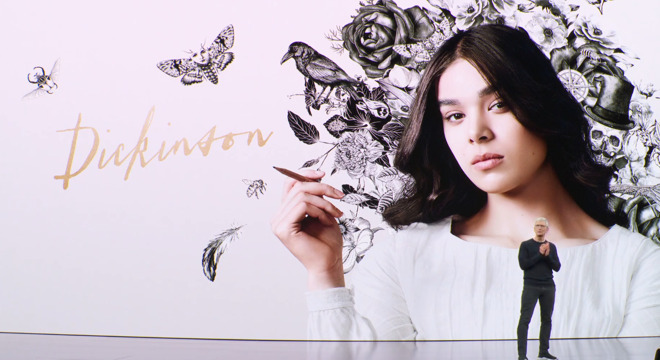 Tim Cook promotes Dickinson, one of the shows Apple TV+ is launching with in November

By the end of 2020, all streaming video services, including the new Apple TV+ and Disney+, will be required to have 30% of their entire catalogue locally produced. The requirement is part of a 2018 ruling by the European Parliament, and the existing Netflix and Amazon Prime services are almost at that figure.

According to Variety, Netflix and Amazon Prime together offer approximately 8,000 titles, and currently between 20% to 30% of those are European.

Based on estimates by London-based consultancy Ampere Analysis, Apple TV+ is expected to be launching in Europe with 38 titles, of which just 6.2% are European. Disney+ is thought to be starting with 982 titles, of which 4.7% are locally-made.

Apple TV+ is launching on November 1, and after some current trials, Disney+ is scheduled to make its first European launch in the Netherlands on November 12. That gives both companies around 14 months to achieve the 30% figure. However, while the 30% quota was set in 2018, the specifics of how it is counted are still being debated.

"It's going to be a challenge for the European Commission to come up with a fair system for the quota," Ampere consultant Ed Border told Variety.

Central to the debate, expected to be decided by the European Commission later this year, is whether to count the quota by titles or by hours. One single typical British drama might be in six episodes, so a decision has to be made whether to count that as one or six titles in the catalog.

It's also complicated defining what constitutes a locally-produced show, as series are now rarely produced by a single company in a single country. Consequently a show filmed in France, might be made by a German studio, but financed by America.

Apple may have an advantage in this, however, as it currently seems to be favoring being the sole producer, and also to not be acquiring as many existing titles as its rivals.

"Unlike Netflix and Amazon," Tim Westcott of IHS Markit told Variety, "which have been doing a lot of acquisitions to bulk up their libraries, Apple TV's strategy in Europe looks as if it will be to focus on making a select amount of original films and series with big stars and creatives attached."

"If they take all the rights," he continued, "they can roll out the titles globally instead of acquiring shows for specific markets." 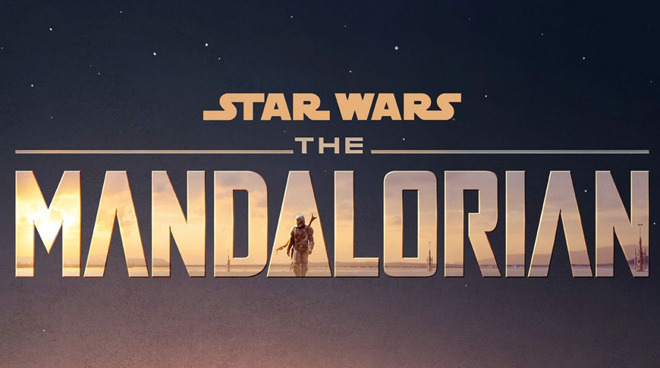 Some of the new Disney+ titles are made in a galaxy far, far away from Europe

The 30% locally-produced figure does not mean a third of everything Apple TV+ makes must be produced in Europe.

It means that around a third of all the video made available in Europe must be created there. It's not yet known what penalty the European Union could apply to Apple, Disney or others if they fail to meet the quota by the end of 2020.

So just as Netflix customers around the world see quite different catalogs, so streaming services may limit their US-made offerings in order to help meet the required balance.

However, in January 2020, there will be a proposal in the French senate that adds a further requirement. If the proposal is accepted, streaming companies will have to set aside at least 16% of their local revenues for investment back into local content.

And France's Culture Minister, Franck Riester, has said that services which do not comply with such a rule would be shut down in that territory.
«123»