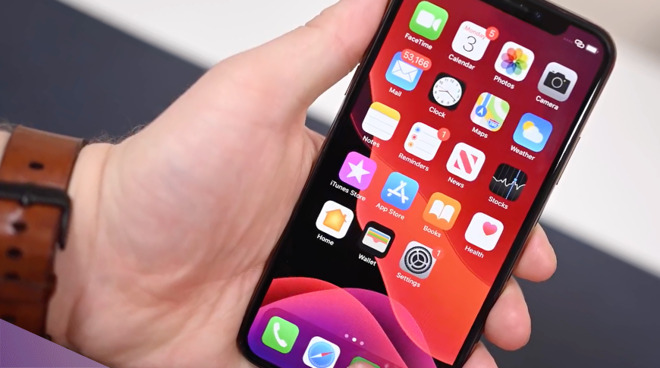 Following a somewhat problematic milestone release of iOS 13, then the update to iOS 13.1 and the release of iPadOS the following week on September 24, then a further incremental update to version 13.1.1, Apple is again looking towards the next main release of the operating systems to version 13.2.

The new builds can be downloaded from the Apple Developer Center for participants in the Developer Beta program, as well as via an over-the-air update for hardware already used for beta software. Public beta versions of the developer builds are usually issued within a few days of their counterparts, and can be acquired from the Apple Beta Software Program site.

One addition arriving as part of the beta is Deep Fusion, a feature for the iPhone 11 and iPhone 11 Pro models that enhances the photographs taken by combining together multiple shots into one. After taking three frames at a fast shutter speed by the time the shutter is pressed, the iPhone then takes three more regular shots and a "synthetic long exposure" shot, before merging the short-exposure shot with the most detail with the long exposure.

The two images are then processed for noise and four detail processing steps that tailor different elements of the shot on a pixel-by-pixel basis as part of the blending process.

Apple has also released watchOS 6.1 beta 2 and tvOS 13.2 beta 1 as well. Changes in both other releases on Wednesday are not yet known.