AppleInsider
Posted: October 8, 2019 6:50PM
in General Discussion
The MeeBot 2.0 from UBTech Robotics has just launched as an Apple Store-exclusive kit, one that enables children to learn how to build their own robot at the same time as learning basic coding skills to make it move and dance. 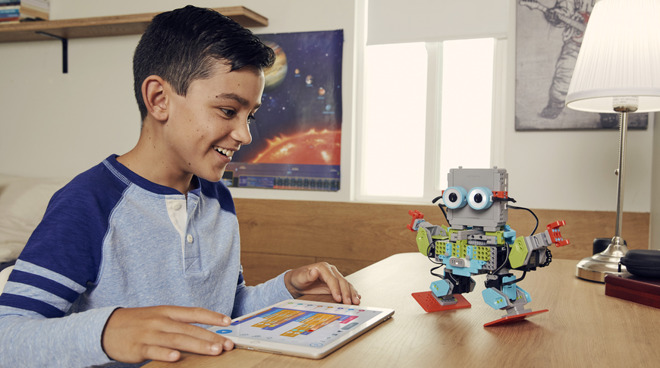 A follow-up to the original MeeBot, which allowed younger iPad users to learn to code, the second-generation kit is a collection of parts that can be put together to create a humanoid robot. Aimed at providing STEM fundamentals and part of UBTech's JIMU robot line, the block-based robot is intended for children aged 8 years and up.

Just as before, the robot is controlled by the free JIMU companion app, which helps with construction as well as with motion by offering 360-degree 3D step-by-step instructions. The app's integrated Blocky coding system can be used to set different actions into motion, such as dance moves or for the robot to complete a task. 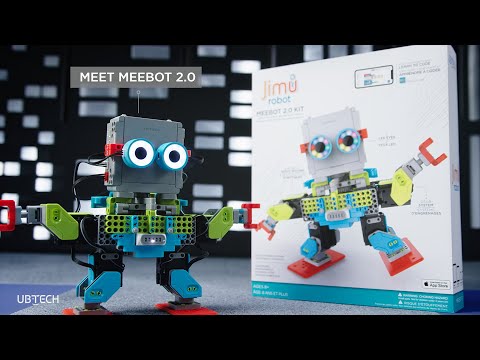 The second version is 30% bigger than the first, and adds a few elements to the mix, including a pair of programmable LED "eyes" and a color sensor, which can trigger actions in response to included color cards and other nearby colorful objects. Six smooth motion servo motors and a new gear system are also included, providing an opportunity to learn about engineering movement and motion.

The MeeBot 2.0 is available now at select Apple Stores in the United States and Canada, priced at $129.99.