AppleInsider
Posted: October 12, 2019 6:10PM
in General Discussion
Clinicians in California are to utilize an Apple Watch system that will let them dictate their notes after a visit, and then have the transcription plus relevant health data automatically appended to a patient's medical records. 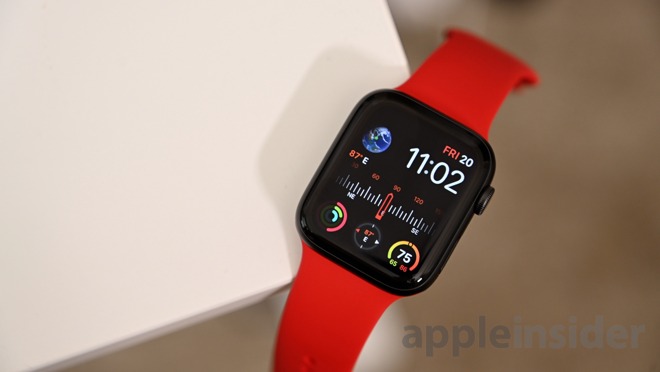 A new service for doctors from Altais, is to have them wear Apple Watches during patient visits and then use the technology to drastically cut the time needed for writing up their notes. The system, a platform developed in conjunction with Notable Health and Blue Shield of California, uses machine learning to automate parts of the process.

"Our goal is to help physicians seamlessly leverage technology to improve the health and well-being of their patients," said Jeff Bailet, M.D., president and CEO of Altais, "all while reducing administrative hassles and enhancing their professional gratification."

Instead of typing notes and entering details into a patient's Electronic Health Record (EHR), a doctor will be able to dictate them into his or her Apple Watch.

This can be done during or after the visit, but once the notes are entered into the Apple Watch system this way, natural language processing will determine the key points. This most relevant data will then be added to the EHR automatically.

"As a general internist taking primary care of an elderly population with multiple complex illnesses," says Richard Thorp, MD, president and CEO of Paradise Medical Group, "I will now have a maximally efficient workflow, streamlined data entry, and patient input pre-built into each of my patient encounters, and that is extremely exciting."

As well as cutting down admin time for doctors and making sure data is captured accurately, the service is intended to directly assist patients, too.

A Blue Shield app will allow patients in the region, and whose doctors are on the program, to be reminded of appointments, check their insurance, and also run self-assessment health surveys.

The Apple Watch is increasingly being used by health professionals, though it is chiefly assisting researchers looking into hearing, reproductive and general health.