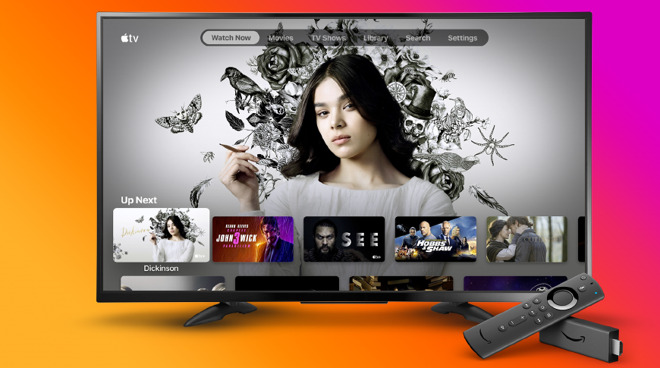 Any movies or shows purchased from an iPhone, iPad, or Mac will automatically show up within the Apple TV app, according to Amazon's press release.

Fire TV Stick 4K and Fire TV Stick (2nd Gen) customers in the US, UK, Canada, Germany, France, Italy, Spain, and India will be able to download the app today. The Apple TV app will also be coming soon to the Fire TV Cube, and Fire TV, plus Toshiba and Insignia Fire TV Edition smart TVs.

Additionally, the Apple TV app will give users the ability to stream content from Apple TV+ when the service launches on November 1.

Apple TV+ will be available to 100 countries upon launch. It can be accessed not only on Apple devices like the Apple TV and the iPhone, but also online at tv.apple.com, and now through an increasing number of streaming devices.

Apple's streaming services launches on November 1 for $4.99 a month. But, if you buy a new iPhone, iPad, iPod touch, or Apple TV you will get a year of service for free.
Sign In or Register to comment.