Apple services achieved all-time high of $12.5B in Q4

AppleInsider
Posted: October 30, 2019 9:27PM
in General Discussion
Apple CEO Tim Cook on Wednesday revealed the company's earnings from its Services segment, which includes Apple Music and iCloud, were up 18% in the fourth quarter and have set new records around the globe. 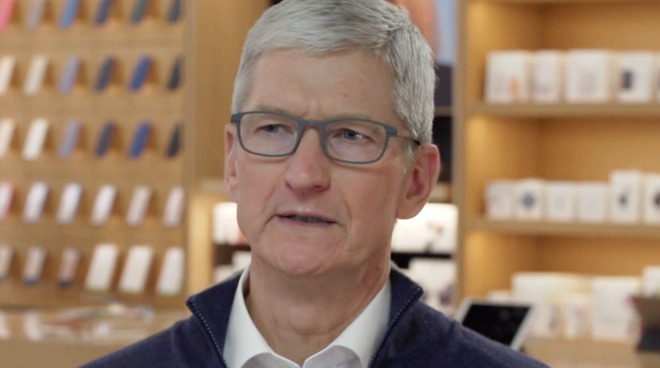 "Services [revenues] were up 18%," he said, "which beats our previous record-setting June quarter by more than a billion dollars." 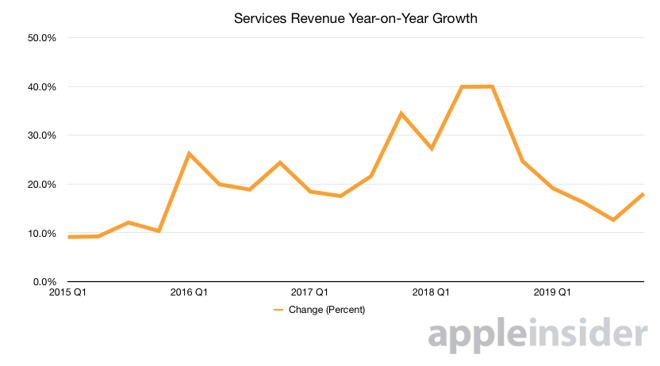 Cook was also at pains to say that this growth is global.

"This is not a local phenomenon," he added, "and it was not a narrow success. We achieved multiple all-time highs. We are on the way to our goal of doubling our financial year 2016 Services revenue by 2020."

The figures for Apple Services in this fourth fiscal quarter include revenue from the likes of Apple Music, and Apple News+, but earnings from Apple TV+ will not be seen until the next quarter.