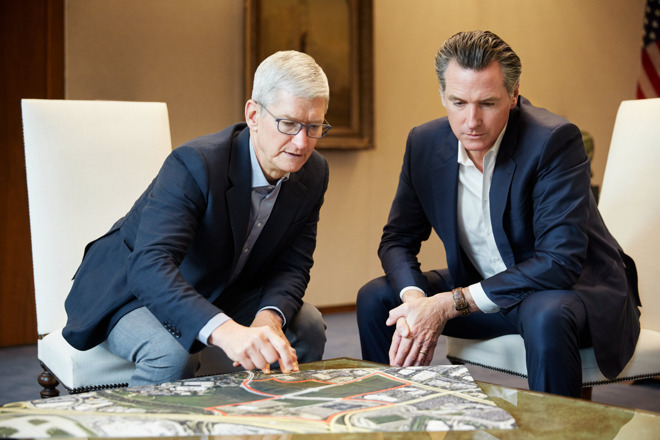 In a press release issued hours after Apple's announcement on Monday, Sanders chided the company's "hypocrisy," suggesting it helped create the housing problem, reports The Hill.

Further, if made president, Sanders vowed big firms like Apple would pay "their fare share," with money gleaned from such extractions used to make "investments that guarantee Americans affordable housing."

"Apple's announcement that it is entering the real estate lending business is an effort to distract from the fact that it has helped create California's housing crisis -- all while raking in $800 million of taxpayer subsidies, and keeping a quarter trillion dollars of profit offshore, in order to avoid paying billions of dollars in taxes," Sanders said.

In its announcement, Apple said $1 billion of the $2.5 billion pledge will go toward an affordable housing investment fund, while another $1 billion is earmarked for a first-time homebuyer montage assistance fund. The company is also launching a $150 million affordable housing fund, consisting of long-term forgivable loans and grants, with public and private partners. It is contributing another $50 million to a variety of organizations to combat homelessness.

Beyond financial instruments, Apple is also prepared to make some $300 million worth of land it owns in San Jose available for the development of affordable housing.

Apple's pledge arrives after similar promises were made by Google and Facebook.

"Apple is the latest tech industry tax evader that has portrayed its entry into the housing business as an act of philanthropic altruism," Sanders said in his release.

As noted by CNBC, both Apple and Sanders agree California is facing a monumental housing crisis that could quickly turn into a disaster. Sanders diverges with the tech giant and other Silicon Valley companies on how to address the situation.

Whereas Apple and others propose grant and loan programs, Sanders' plan calls for a hike in taxes on firms like Apple. In conjunction with corporate taxes, Sanders' $2.5 trillion "Housing for All" proposal, released in September, slaps a tax on America's wealthy to provide housing for all U.S. residents. The proposal would impact households with a net worth of $32 million, or one-tenth of 1 percent of U.S. tax payers.

"When we defeat Donald Trump, we are going to make companies like Apple start paying their fair share, so that we can finally start making massive long-term investments that guarantee Americans affordable housing," Sanders said in today's statement, according to CNBC.

Editor's note: Due to its political nature, comments for this article have been disabled.
This discussion has been closed.