AppleInsider
Posted: November 6, 2019 5:25AM
in General Discussion edited November 2019
The U.S. Federal Communications Commission on Tuesday formally approved a merger between T-Mobile and Sprint, the final regulatory step toward the creation of a new mobile carrier expected to rival an existing duopoly held by Verizon and AT&T. 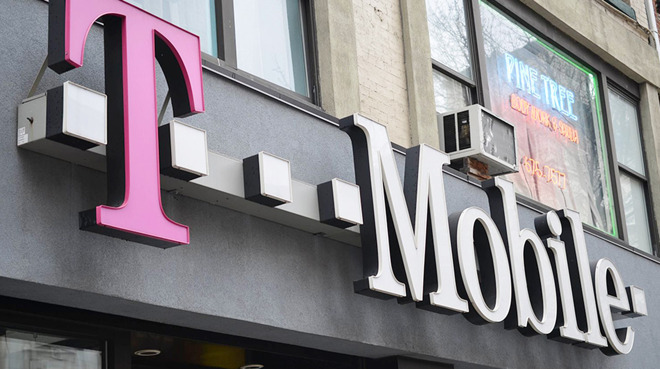 Today's FCC filing, issued as a "Memorandum Opinion and Order, Declaratory Ruling, and Order of Proposed Modification," PDF link greenlights transfer of control applications and was the last regulatory hurdle to creating a new carrier dubbed "New T-Mobile." Approval from the U.S. Department of Justice was obtained in July.

The two companies now face a group of state attorneys general who have sued to derail the agreement.

FCC commissioners approved the $26.5 billion deal in a vote last month that was drawn largely along party lines. The FCC's Republican majority, which voted for the merger, lauded the deal in statements issued following the formal announcement of its approval on Tuesday, reports CNN.

Tempering Republican zeal was Commissioner Jessica Rosenworcel, one of two Democrats to dissent who warned the joining of America's third- and fourth-largest mobile carriers could mark the end of "a golden age in wireless."

To help garner FCC and DOJ approval, T-Mobile offered a number of concessions including promises to spin off Sprint subsidiary Boost Mobile. More importantly, Dish Network, which is primed to become the nation's fourth wireless provider, will net wireless spectrum, some 20,000 cell sites and hundreds of stores as part of the arrangement.

The commitments failed to woo Commissioner Geoffrey Starks, who noted staff analysis of the merger found wireless prices would rise with the introduction of New T-Mobile, especially for low-income urban Americans, CNN reports.

"I have little confidence that these commitments will protect competition and result in deployment of 5G services beyond what might have occurred in the absence of a merger," Starks said.

According to recent statistics, combined subscriber share of New T-Mobile puts the entity second to Verizon's crown with 29.4% of post-paid wireless accounts, reports Gizmodo. AT&T owns 28.9% of the market, while Verizon is the clear leader with a 40.9% share.