AppleInsider
Posted: November 20, 2019 12:27AM
in General Discussion edited November 2019
A recent job listing reveals Apple is looking to grow its presence on Windows with new media-centric apps, potentially hinting at plans to expand beyond the company's current iTunes and iCloud offerings. 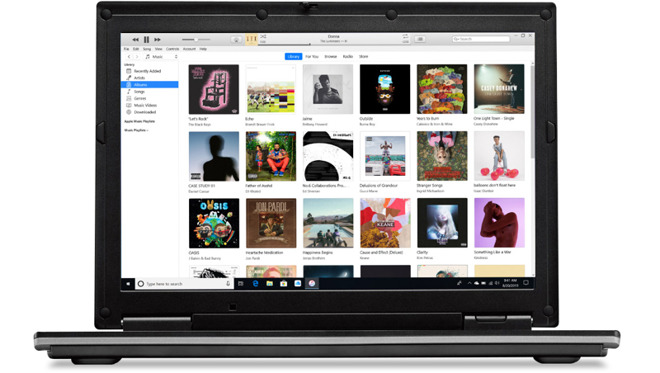 The Cupertino tech giant is looking for a senior software engineer to work on the "next generation" of media apps for Windows, according to a LinkedIn post spotted by Neowin on Tuesday.

Apple currently fields precious few apps on Microsoft's desktop platform, with iTunes being the most prominent thanks in part to its comprehensive, if not bloated, integration with the company's various online storefronts. The situation on Windows is diverges from Apple's own platforms, which recently moved away from the one-stop iTunes shop to a collection of standalone apps with macOS Catalina.

When Catalina launched in October, users saw iTunes splinter into Apple Music, Podcasts and TV, the latter of which now plays home to Apple TV+, Apple's premium subscription video streaming service. It is possible that Apple is looking to introduce those same apps on Windows, a natural expansion given the company wants its Apple Music and Apple TV+ products on as many as devices possible.

Interestingly, Apple in its listing says experience with Universal Windows Platform (UWP) is a "big plus." The API, introduced alongside Windows 10, allows developers to write and deploy software for use on Windows 10, Xbox One and HoloLens.

While Windows 10 carries a large audience, Xbox One is perhaps just as important, if not more so, for Apple TV+. There is no means to access Apple TV or Apple TV+ programming on Xbox One, making the hugely popular gaming platform ripe for incorporation.