Putting the 16-inch MacBook Pro's thermal management to the test

AppleInsider
Posted: November 20, 2019 9:00PM
in Current Mac Hardware edited June 2020
Apple updated the thermal management of the 16-inch MacBook Pro. We put it to the test to see just how much it has improved over its predecessors. 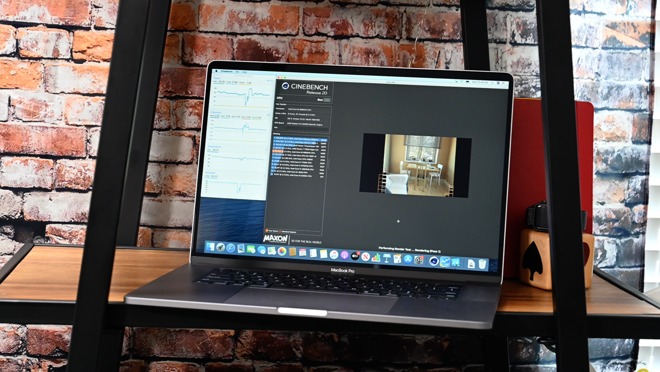 After Apple's thermal throttling issue a bit ago, the topic has been on would-be purchaser's minds so we found it fit to put the machine to the test and see if Apple has squashed those thermal fears. 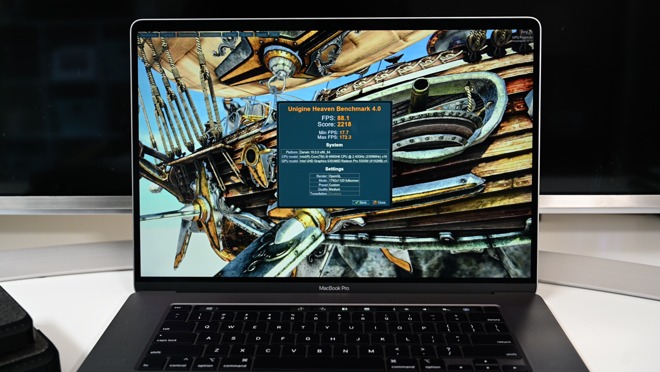 With our Radeon Pro 5500M graphics, we powered up the Unigine Heaven benchmark once more. This time around, we scored an 88.1 average FPS with a total score of 2218. It hit a maximum of 172.3 frames per second. 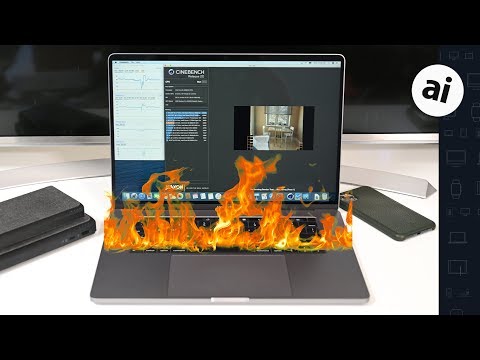 For massive projects that include piles of instruments in Logic, many effects in Final Cut, or countless layers in Photoshop that 8GB of GDDR6 VRAM will come in handy even further for smooth work. 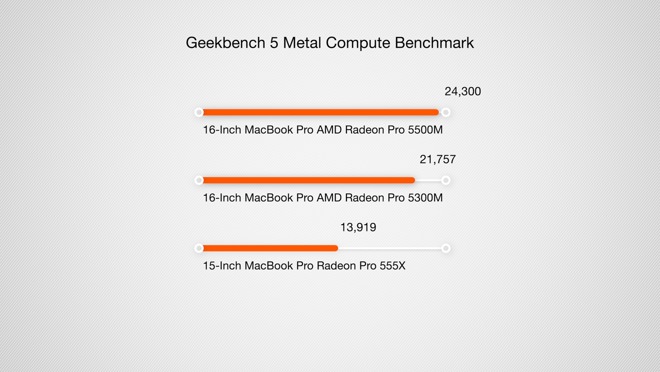 What is thermal design point?

Before we get to testing, it is important to understand what it is we are testing and looking for. Here is what we said last time we performed these tests earlier this year:

The Thermal Design Point (TDP) is defined by Intel as the "average power the processor dissipates when operating at base frequency with all cores active under a high-complexity workload." That is a long way of saying it advises how hot a processor can get when running at its rated speed. It is also a measure of what, at a bare minimum, any given manufacturer has to, at a minimum, implement for a cooling system.

When a processor is cool, it is capable of exceeding its standard clock speed to the Turbo Boost speeds Apple and Intel advertise. This, of course, generates more heat above and beyond the TDP, and causes it to slow down back to an equilibrium state where it is generating as much heat as the chassis can dissipate.

If the heat is too great, the chip will drop below the normal operating speed -- the speed Apple advertises for the machines -- in order to prevent damage and cool down further. This is what you should think of when they think of thermal throttling and not the dip below the so-called "turbo" speeds, which every computer with a turbo speed has always had to do.

So, today's test is to see what that equilibrium speed under load is, and if the machine dips under the rated speed.

For our test, we powered up Cinebench R20 and ran this comprehensive benchmark ten times, back to back. As soon as one test would end we would begin it again forcing the processor to constantly be under heavy load and pushing its thermal performance.

Simultaneously, we utilized Intel Power Gadget to monitor the clock speed and the frequency of the chipset.

In theory we should see the processor quickly jump up to a turbo-boosted speed before subsiding back down to an equilibrium speed, balancing speed and the thermal condition. If there are thermal throttling issues within the 16-inch MacBook Pro then we would see the temperature remain high and the speed dip below the advertised 2.4GHz frequency. 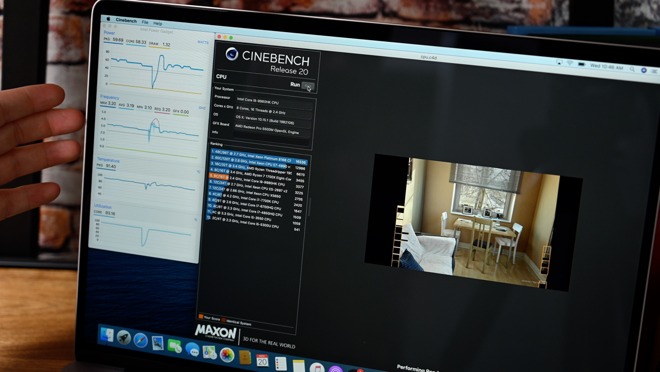 While running Cinebench, our fans initially started to kick in as the temperature hit 90-degrees, though we didn't full notice them until the temp hit 96-degrees, which is right around where the processor hovered while under strenuous load.

During the testing, we continued to put pressure on the processor to watch the CPU frequency and even as we ran the test back to back to back, our CPU continued to run at 3.19GHz which is above Apple's promised 2.4GHz speed.

We ran this same test on the same CPU earlier this year with the previous MacBook Pro design. During that test, the 2.4GHz processor clocked in regularly at 2.9GHz. With the new machine averaging 3.19, it seems Apple's new thermal design has really paid off.

Deals on the 16-inch MacBook Pro

Many 16-inch MacBook Pro configurations are already on sale, with 2.4GHz Core i9 models equipped with 5500M 8GB graphics up to $438 off.
Here's a roundup of the best deals at press time. To view the latest coupon offers and instant rebates, check out the AppleInsider 16-inch MacBook Pro Price Guide.
Adorama (final prices for most)