AppleInsider
Posted: December 10, 2019 11:14AM
in General Discussion
Former iPhone processor designer Gerard Williams III, who left to form his own chip development firm Nuvia, is being sued by Apple for breaking employment agreements.

Apple's A7 SoC debuted as the world's first 64-bit mobile processor and was one of the chips that Gerard Williams III worked on.

Apple is suing Gerard Williams III, former iPhone and iPad processor designer, for breach of contract. The suit asserts that Williams began his new company, Nuvia, while still working for Apple, and also accuses him of recruiting his former colleagues.

"The case involves a worst-case scenario for an innovative company like Apple," says the suit, filed in the Santa Clara Superior Court. "A senior director with years of experience, and years of access to Apple's most valuable information, starts a competing company leveraging the very technology the director was working on, and the same teams he was working with, while still employed by Apple."

"Apple does not take this matter lightly," it continues. "Apple does not litigate with past employees regularly. Here, however, Williams's actions, in competing with Apple while at the same time working for Apple, jeopardize years of hard work by hundreds of people, and millions of dollars invested."

The specific claims in the suit include that "by 2018, Williams had started his new venture on Apple's dime." Apple says Williams told colleagues his new firm would develop technology that Apple "would have no choice but to purchase."

Apple also alleges that Williams "attempted a cover-up" while at the company. He reportedly took steps to avoid "written communications that he thought Apple could find."

Rather than emails, he allegedly phoned potential recruits or got his Nuvia colleagues to contact them on his behalf.

However, Williams has filed a counterargument, a "notice of demurrer" in the same court. The document refers to multiple sections of Apple's suit which Williams seeks to have striken. 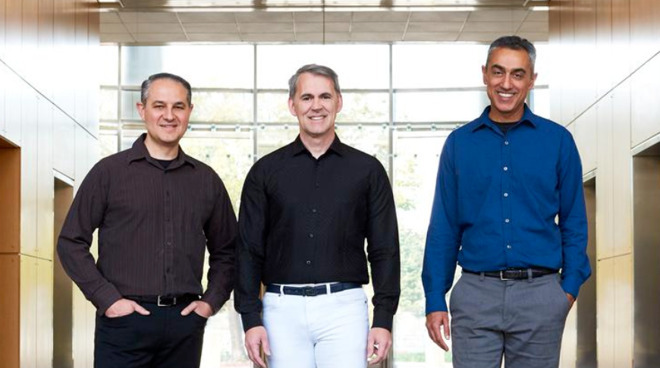 Overall, his rebuttal centers on how, Williams asserts, Apple has no legal right to sue him. He argues that the anti-competitive clauses in his contract were against state legislature.

Willliams also asserts that Apple has used private text messages between him and colleagues.

"To further intimidate any current Apple employee who might dare consider leaving Apple," the demurrer document continues, "Apple's Complaint shows that it is monitoring and examining its employees' phone records and text messages, in a stunning and disquieting invasion of privacy."

According to The Register, which first reported the story, Williams's arguments amount to how state laws mean he was legally allowed to plan and recruit for his Nuvia company while still working for Apple.

Gerard Williams left Apple in February 2019 after nine years of service, having previously worked at ARM.

At the time, it was reported that he had not yet taken up a role at another company. However, it was revealed in November 2019 that he had been working to form a new company called Nuvia with the aim of designing processors specifically for heavy-use data centers.

Williams's Nuvia company is co-founded by him with two other ex-Apple employees, Manu Gulati, and John Bruno.

Bruno and Gulati had both already left Apple to join Google before NuVia was started. Bruno previously worked in Apple's platform architecture group. Gulati was involved in mobile System on a Chip development at Apple for eight years until 2017.

Neither Apple nor Nuvia has commented publicly on the case. A hearing is currently scheduled to take place on January 21, 2020.