Future Apple Pencil could change shape for the user's comfort

AppleInsider
Posted: December 10, 2019 1:25PM
in Future Apple Hardware edited December 2019
A future version of the Apple Pencil could be customized for comfort, with sections of the stylus expanding or changing shape to suit the user's drawing or writing style for their particular hand. 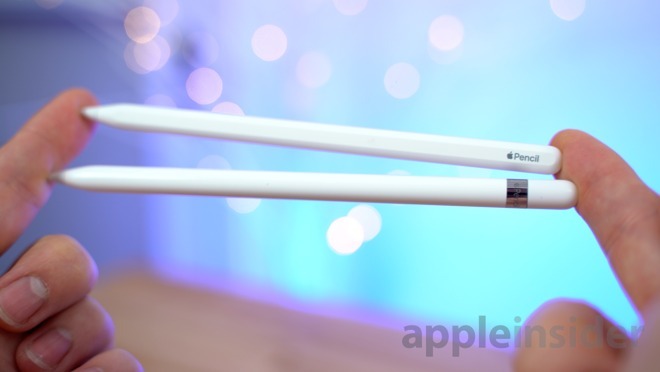 The Apple Pencil has revolutionized what could be done with an iPad or iPad Pro, giving users a pressure-sensitive stylus that provides all the benefits of a drawing tool, such as a pencil or pen, in the digital realm. While it is in its second generation of design, Apple reckons it could improve how the Apple Pencil works further, by introducing more comfort.

One of the problems with the Apple Pencil, as well as many other pens, pencils, and similar items, is that one, static shape of it isn't necessarily the most comfortable for all users. As hands can be both big and small, with varying dimensions for different anatomical elements, the fixed size and shape of the Apple Pencil may not be comfortable for long working periods.

In some cases, a user may want a stylus with more girth. There are low-tech ways to accomplish that, such as adding slip-on grips typically used to cushion pencils. However, this may not necessarily be the best way to accomplish this without requiring external assistance or ruining the appearance of the tablet accessory -- or preventing it from charging and docking, like the second generation Apple Pencil.

In a patent granted by the U.S. Patent and Trademark Office on Tuesday, the "Adjustable Handheld Stylus" proposes ways to alter the grip region of the Apple Pencil to "better accommodate the size of a user's hand." In Apple's view, it is a self-contained system, as in one built into the Apple Pencil's design, rather than as an add-on.

By having a section that wraps around the body and overlaps itself in one point, the section can be controlled to expand and contract between different states, altering the amount of overlap in the process. As this seam extends along the length of the stylus, this effectively changes its thickness, though it could be limited to just the area where the user grips, leaving the rest of the stylus alone.

The system could use a motor with a stator on one portion and a rotor attached to the second, with torque used to shift the most external point around the circumference above the lower layer, though a bearing element may also be used. Given the use of a motor, this could also help provide a haptic feedback element to the user.

In another take, the body doesn't just change size, but shape such as becoming triangular rather than round. This can take the form of expansion elements within the body used to change the exterior, potentially driven by a pump and fluid mechanism, though the use of a ferrofluid or magnetorheological fluid could be influenced by electromagnets to perform the same effect.

To aid this, the body could be constructed from a shape-memory material that is also affected by heat, or an electroactive material that changes based on electric fields. This change of states could also be used to provide haptic feedback.

These technologies don't have to be limited to just the stylus body, as the patent also proposes it could be used to adjust the tip, switching between a fine point and a rounder and more bulbous version. 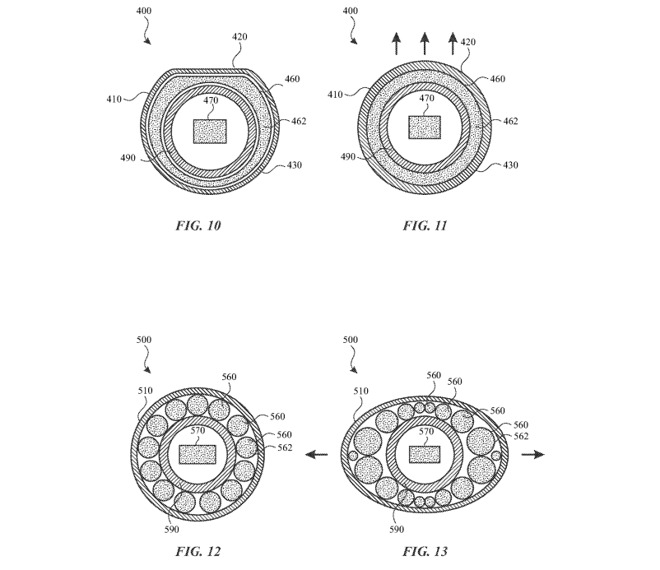 Apple files numerous patent applications on a weekly basis, but while the existence of a patent or application indicates areas of interest for Apple's research and development, it isn't a guarantee the idea will be used in a future product or service.

The credited inventor is Paul X. Wang, an architect in Apple's product design teams, and an employee of almost 7 years. A search for patents under his name reveals many in similar fields, such as how keys are backlit, optical keyboards, a stylus with an external magnetic influence, and finger-mounted devices.

Apple has come up with a number of ideas to improve the Apple Pencil in patent filings, including the aforementioned magnetic influence filing that could provide a form of force feedback without requiring the addition of a motor to the Apple Pencil, gesture recognition, and a light-up tip, among other concepts.