AppleInsider
Posted: December 10, 2019 2:10PM
in General Discussion
Adobe has released updates for both mobile and desktop Lightroom, giving photographers a few new tricks, like the ability to directly import images into the Lightroom app. 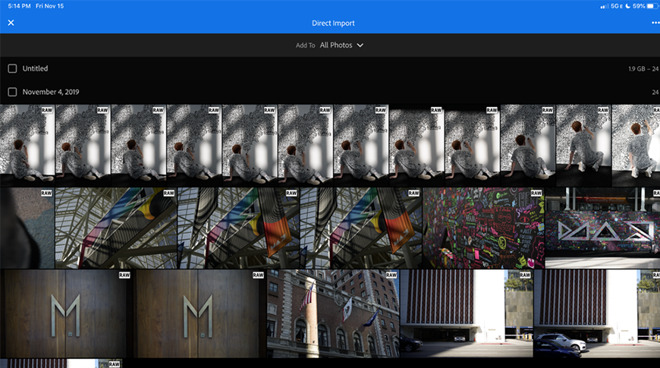 Adobe continues to expand its relationship with Microsoft as well. In October, Adobe announced support for Adobe Creative Cloud in Microsoft office products like Powerpoint and Word. Later this week, Adobe Lightroom will be able to purchase Lightroom directly through the Microsoft Store.

Catering to iOS, Adobe has enabled anyone using iOS or iPadOS 13.2 to directly import photos into the Lightroom app, bypassing the iOS camera roll. Users will need to connect a Lightning-to-SD or Lightning-to-USB 3.0 for devices with a Lightning port, or a USB C card reader for any iPad with a USB-C port.

This allows users to directly import raw files into Lightroom without making an extra copy in the camera roll, saving space on your device. Imports also happen much more quickly now.

Adobe has also finally pushed the Advanced Export to the iOS and iPadOS version of Lightroom, a month after it released for Android and ChromeOS. 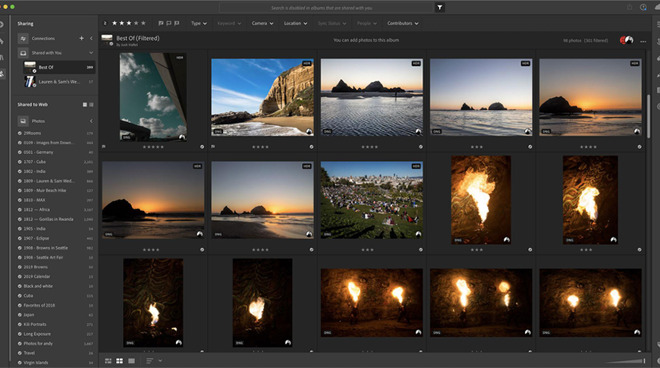 In addition to the slew of iOS and iPadOS updates, Adobe has added some features to the way Shared Albums work.

Shared Albums were added in August, giving users the ability to collaborate with others via Lightroom on the web. Now, users can add photographs to shared albums on all Lightroom platforms -- paid or free -- including iOS, iPadOS, and MacOS.