AppleInsider
Posted: December 13, 2019 9:01PM
in AAPL Investors edited December 2019
China, the world's largest smartphone market, has been nothing short of a moving target for Apple. A salvo of shots fired by top analysts this week only evidences one thing: the only near-term certainty with Apple and China may be more uncertainty. 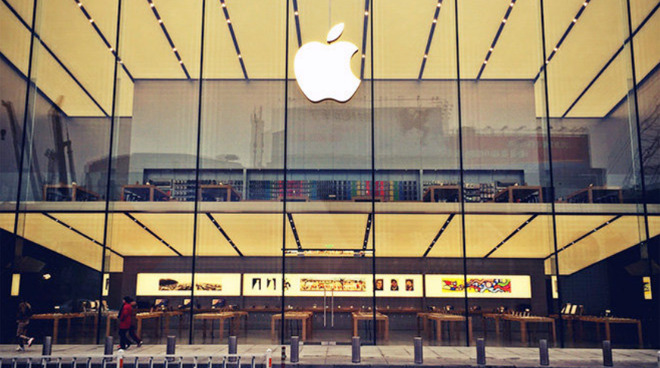 In presenting the data, Cabral acknowledged the challenging year-over-year compare Apple faced given vast differences in the timing of its iPhone launches over the past two years and similarly cautioned clients about reading too much into potentially "volatile" monthly data.

Nonetheless, the November drop was the second straight double-digit decline in Chinese iPhone shipments, he said, following on the heels of a 10.3% yearly decline for October. That would imply a more than 7% overall decline in Chinese iPhone shipments since the launch of Apple's iPhone 11 family, Cabral added, explaining that mix shift towards the lower-priced "iPhone 11" model amongst most of the region and a significantly discounted Renminbi may only intensify Apple's struggles.

"While early indicators of demand on the iPhone 11 cycle were consistently better-than-expected, sustained softness in China is an incremental concern, particularly given the increasingly easy [year-over-year] compares," Cabral wrote. "At this stage, we're hesitant to extrapolate weak Chinese data points broadly across Apple's global footprint given our view that structural factors are at play (we see aggressive local competition and a narrower ecosystem advantage in China) and build plans remain largely unchanged, per our Asia team."

Credit Suisse maintained its "Neutral" rating on AAPL shares with a $221 price target. The firm's views on Chinese iPhone sales almost immediately came under scrutiny from rivals, with Evercore ISI analyst Amit Daryanani reiterating his firm's newly established $305 price target and "Outperform" rating. He issued a note to clients urging them to "look past the [Chinese] iPhone noise and focus on several upside catalysts" that he believes will help the iPhone maker post a solid beat to earnings for its current December quarter.

"We think investors appear to be reacting to data-points related to China's MIIT smartphone data that shows a decline in the month of November," Daryanani said. He stressed the tough year-over-year compare that Cabal had originally alluded to while presenting his bearish Phone call -- the fact that iPhone XR was launched in November 2018, while the iPhone 11 was released in September 2019. 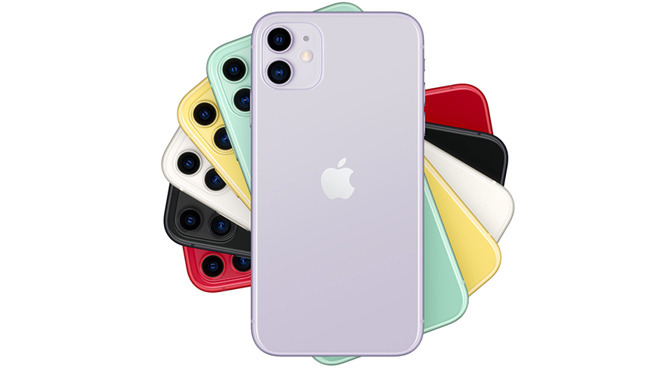 When normalized over three months, Daryanani believes recent Chinese iPhone data "points to a trendline that's actually up slightly at 3% year-over-year. The Evercore analyst issued a note to clients just one day earlier raising his target on AAPL shares to $305 from $275, vouching his opposing view that iPhone 11 sales will actually surprise to the upside this quarter, outperforming relatively low expectations due in part to $50 price cut between the iPhone XR to the iPhone 11 that "has been particularly well received in China."

With a population of roughly 1.4 Billion, China and its smartphone market remain a massive, yet thus far elusive target for Apple and international smartphone vendors. Though it has outsold rival Samsung, Apple has only managed to muster up a single-digit share of the overall Chinese smartphone sales. The company is dwarfed by local rivals such as Huawei, Xiaomi, Vivo, and Oppo, who combine to control over 80% of the market.

In a move atypical for the company, Apple earlier this year admitted to overshooting the Chinese market with the iPhone XR and issued a revenue guidance warning, which ultimately saw sales in the region slip nearly 5% year-over-year.

"While we anticipated some challenges in key emerging markets, we did not foresee the magnitude of the economic deceleration, particularly in Greater China," Apple CEO Tim Cook said at the time. "In fact, most of our revenue shortfall to our guidance, and over 100 percent of our year-over-year worldwide revenue decline, occurred in Greater China across iPhone, Mac, and iPad."

Cook added that "while macroeconomic challenges in some markets were a key contributor to this trend, we believe there are other factors broadly impacting our iPhone performance, including consumers adapting to a world with fewer carrier subsidies, US dollar strength-related price increases, and some customers taking advantage of significantly reduced pricing for iPhone battery replacements."

Though Apple may be making strides towards more attractively priced smartphones with the iPhone XR, its struggles to stem the bleeding and remain relevant in emerging markets could not be more relevant at a time where the company's greatest prospects for revenue growth arguably lie within those same countries. According to a recent Bank of America global smartphone forecast released earlier this week, Apple lost share during the third quarter of the year in every key emerging and major market except for the US, including losses in China, India, and Latin America.

Just how much of Apple's near term growth opportunity remains tied to China and its booming smartphone market is likely to remain a hotly contested debate. Of all the analysts who provide coverage of Apple, Morgan Stanley's Katy Huberty has arguably had her finger closest to pulse when it comes to expectations in China.

"We caution extrapolating China iPhone Data points," she said Friday, in an apparent jab Credit Suisse's call. She reiterated her firm's "Overweight" rating and $296 price target on Apple shares but shared nothing further.

The next time we expect to hear from Apple on how it's faring in China will be late January 2020, when the company reports results of its current, first fiscal quarter of the new year.

At the close of trading on Friday, Apple stock closed at $275.15, a new all-time high. Notably, the Chinese government and President Trump announced that they agreed in principle for a "phase one" deal to hopefully wind down the trade war. Tariffs expected to commence on December 15 on a wide array of Apple products will not be implemented, and a 15% tariff placed on September 1 will be halved "in phases."