The five worst products at the 2020 CES expo

AppleInsider
Posted: January 10, 2020 12:49PM
in General Discussion edited January 2020
Not every bit of tech brought to CES is going to be a winner. After five days of patrolling the floor and watching presentations, here are our choices for the five worst products from CES 2020. 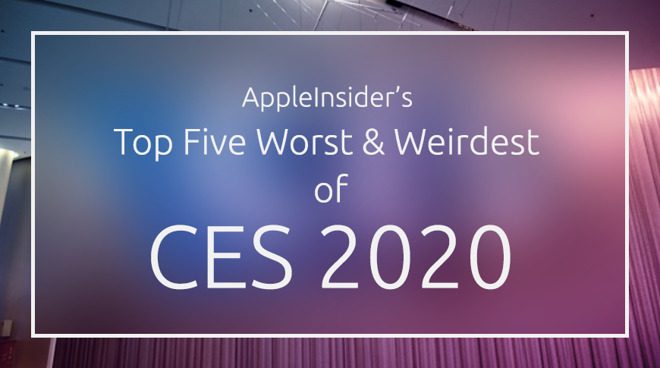 There are a few things you can count on every CES. You'll see a fair amount of tech that begs the question, "Why didn't anybody think of that before?" You're going to see a lot of rehashed ideas that make you want to shake the inventor and say, "Someone already did that, and they did it better!"

And every year, without fail, there are inventions brought to CES that make you say, "Why would anyone make that?"

This year is no different. Here's our five weirdest and worst products from CES 2020. 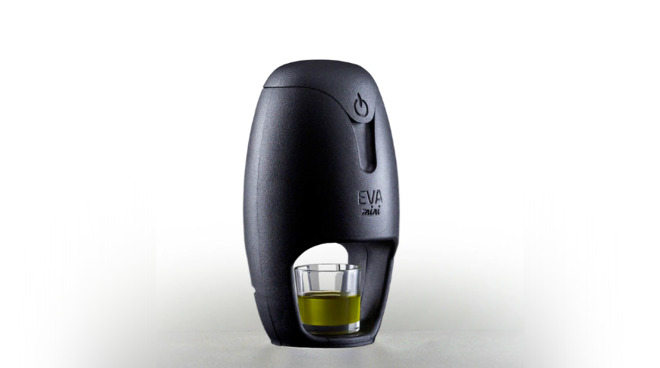 Keurigs are popular because they allow casual coffee drinkers the convenience of a quick cup without the commitment of a full cup of coffee. Now what if there was a Keurig, but instead of brewing coffee, it dispensed olive oil. That's where the Eva Mini comes in.

The Eva Mini is a 59 Euro ($65) device that is designed to heat small frozen pods of olive oil and dispense them into a shot glass sized cup, perfect for dipping bread. We guess this is aimed at people who are casual olive oil bread-dippers, but can't be bothered to use the stovetop or the microwave.

We can't help but get some Juicero vibes from the Eva Mini, as it's a niche device that doesn't seem to do much. The machine does not mill olives to extract the oil but rather thaws pucks of pre-frozen olive oil.

If you've got time, what's stopping you from buying the olive oil pucks - priced at 29.90 euros (roughly $33) for a pack of ten - and thawing them in a cup on your counter?

Overall, Eva Mini earns itself a spot on the worst list due to the amount of counter space it's going to need, as well as the questionable task the machine performs. 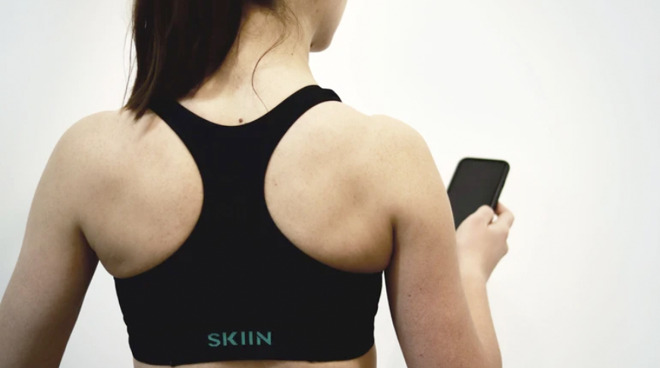 These days, it seems as though tech is working itself into every facet of our lives. We have smartphones that connect to our smart TVs, smart refrigerators, smart lighting-- everything is connected, for better or worse.

The one bastion against the constant onslaught of technology is our underwear. Meet Skiin, the smart underwear that tracks your body.

When worn, Skiin -- available as bras, panties, and briefs -- will monitor basic vital signs, such as heart rate, breathing rate, temperature, movement, stress levels, and sleep quality. It does this by connecting a small pod into the undergarments, which are riddled with sensors designed to keep tabs on various vital signs.

In that way, Skiin is designed to be far more unobtrusive than something like, say, an Apple Watch. Just put it on and go. For most people, they're likely to forget they're even wearing it.

Skiin does have quite a few practical applications. Skiin could be used to monitor the conditions of those with challenging or terminal illnesses, alerting medical professionals to changes in a person's body before they manifest any symptoms. Skiin could be used to track the vital statistics of nonverbal wearers, giving insights to the wearer's health that weren't easily obtainable before.

There are some privacy concerns, as well as the concern about intruding on a person's bodily autonomy. Skiin rides a fine line between genuinely useful technology and something that can be used to over-monitor an individual.

Mayant, the creators of Skiin, frequently talk about having the ability to share the information gleaned from wearing Skiin with your "Care Circle." They suggest that this could be a group of family and loved ones, but also indicate that it could be shared with health care providers, and even hints at it being shared with employers.

By doing this, Skiin is setting a potentially dangerous precedent. If an insurance provider has access to your biometric data, they could judge you as being a higher risk consumer, and charge you more accordingly. If an employer has access to your Skiin data, they could use it to track the same data, which could influence how willing they'd be to keep you at your job.

This sort of data sharing is not unique to Skiin, mind you. Employers and health insurance providers could, theoretically, require someone to wear an Apple Watch and get much of the same information.

Skiin, on the other hand, has no bells or whistles, no extra features beyond the monitoring, and is somewhat more forgettable.

So, is Skiin the harbinger of the beginning of the end? No, not necessarily. It is worth having an open dialogue about who gets our data. 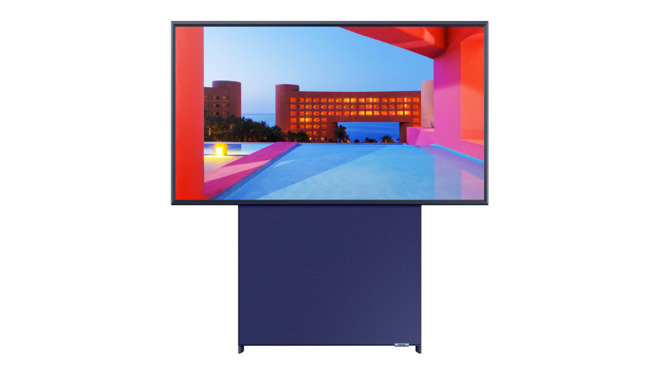 There's something inherently annoying about watching a portrait-mode video on a landscape-mode device. If you visit the comment section of any moderately popular vertical-video on YouTube, you'll often find comments of people asking why the uploader didn't rotate their phone 90 degrees before they started filming.

Samsung has come up with a solution for that, and it seems like overkill. Sero is Samsung's "Lifestyle TV" marketed toward millennials and Generation Z. It features display orientation technology that connects with a user's phone to physically rotate the display in the orientation of the user's phone -- voila, no more vertical videos.

Of course, it's not just for watching TikTok. According to Samsung, you could also use the vertical mode to browse your social media feeds on the big screen, provided you were so inclined.

The biggest downside -- perhaps aside from the price, which hasn't been announced yet -- is the amount of space Sero requires. It's a 43-inch display that will need a stable base to sit on and won't fit in a standard entertainment center. And if you planned on mounting it to the wall to save yourself some trouble -- forget about it, you can't. Instead, Sero sits on a smartphone-like kickstand display -- and a rather large and unattractive one at that.

It may just be that we're not the intended audience for Sero, but we can't help but feel that it may just be too niche of a product for most consumers. 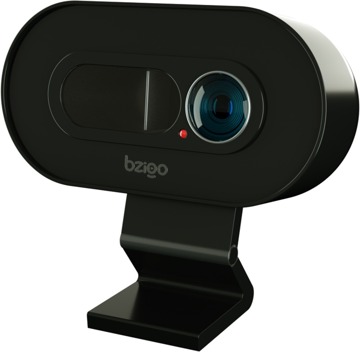 More and more companies want to place cameras in your home, and this one might be the most bizarre. Bzigo promises to help you gain an edge in the never ending war with... mosquitoes. Using a camera with computer vision, Bzigo promises to find those pests before they get the chance to bite.

The company's very entertaining webpage assures potential buyers, "Killing is the easy part, the real challenge is in detecting them!"

The small turret like device can be placed anywhere in the room, and will constantly scan for a potential hidden menace. Once a mosquito is discovered, it will aim a laser pointer and circle the bugs location. Bzigo can optionally connect to Wi-Fi to alert you of a mosquitos presence with notifications.

In the company's research page, they describe all of the efforts that the WHO have taken to reduce the mosquito population, and their hope to contribute to those efforts. The Bzigo will also be used in industrial farms and greenhouses where a single pest can cause a lot of trouble. But, again, it's just a fancy laser pointer showing you where the pest is. 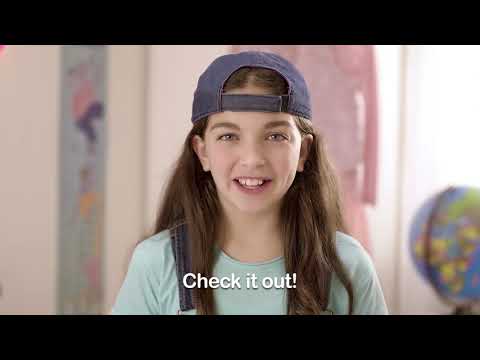 The Bzigo will cost around $169 when it launches early 2021. You can reserve yours with a $9 pre-order, which comes with a $30 discount. You may want to wait and see what else the company is developing, because the FAQ promises that there may be a model in the future capable of killing mosquitos too. That may actually be useful. 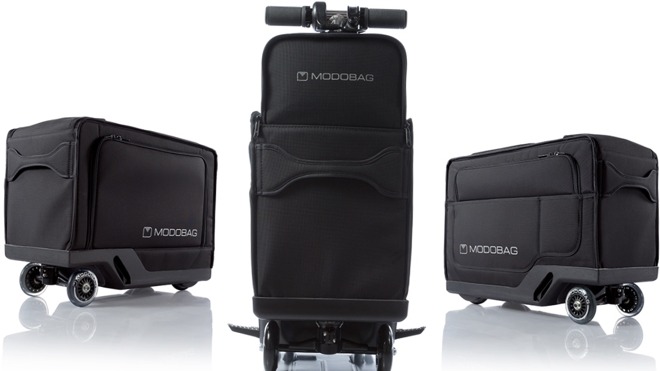 Suitcases are commonplace and anyone who travels at all needs one, but who wants to drag it around? Modobag wants to save you from dragging your suitcase by making it drag you. This carry on sized bag transforms into a fully operational scooter on demand.

TSA approved, this bag weighs 20lbs and offers about as much space as a regular carry on. You are losing space to the motor and battery of course, so don't expect to pack as much as you would normally. The battery is removable and deemed airplane travel compliant.

If you've ever wanted a chance to drive around an airport at 5 miles per hour, now you can, as long as you weigh less than 260lbs. The Modobag should travel about 6 miles between charges, and charges in about 2 hours. 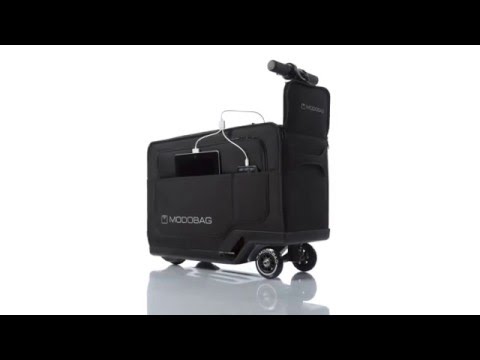 For the very premium price of $1500, you can own this strange suitcase today. Be sure to check out their curiously utopian website full of smiling people in suits driving suitcases. Complete with a FAQ that says "In case of an emergency, you can always do a Fred Flinstone."

Portable transportation is a huge section of CES, and this is possibly the most curious, however there are some applications that make sense. If you have been recently injured or have reduced ability to walk, you'll want a scooter or wheelchair to get around. Having one as your suitcase might just save you some pain, but maybe not save you from embarrassment.
«12»