AppleInsider
Posted: January 12, 2020 6:02PM
in iPhone edited January 2020
Apple has updated its trade-in program webpage with new estimated payment values for a customer's iPhone, iPad, Mac, Apple Watch, and other products, a change indicating consumers will receive less for their trade-ins now than one week ago. 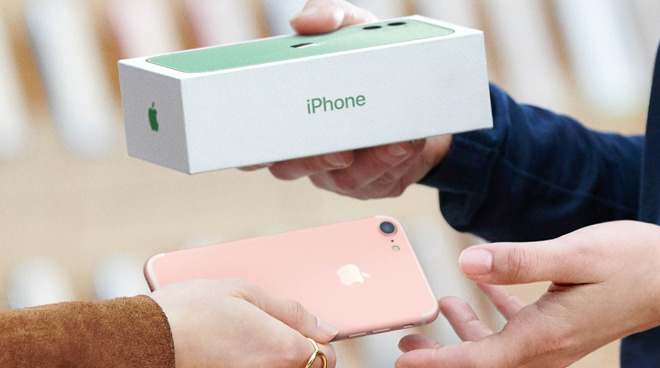 The Apple Trade-In program encourages customers to hand in their older iPhones, iPads, and other Apple products, in exchange for credit towards the cost of a new device. The program gives customers a way to gain value from their old models, by using them to reduce what needs to be paid for newer models.

Spotted by BGR, Apple has recently updated the trade-in site to alter the "estimated trade-in value" for a number of products. Research by AppleInsider indicates the change took place overnight on January 9, with the updated values offered from January 10. 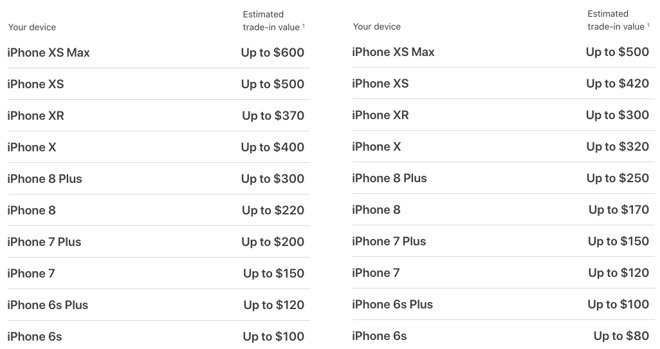 Changes were also made to the iPad listings, with iPad Pro owners now receiving "up to $220" for their device, down from $290. The iPad, iPad Air, and iPad mini also see reductions to their estimates, bringing them to $100, $70, and $80 respectively.

Apple's Trade-In program is one of a number of different avenues for consumers to gain value from their old devices. Depending on the outlet, it is possible to secure higher values via a third-party than from Apple directly.

AppleInsider's Price Guide lists expected values for device trade-ins from services including BuyBackWorld, Gazelle, Decluttr, and MyPhones Unlimited, as well as a collection of bonuses to enhance the value of the offers.