AppleInsider
Posted: January 14, 2020 1:53AM
in iPod + iTunes + AppleTV edited January 2020
Apple will promote its upcoming Apple TV+ comedy series "Mythic Quest: Raven's Banquet" at the PAX South gaming expo in Texas on Friday, potentially signaling an early screening of the show ahead of an official debut slated for early February. 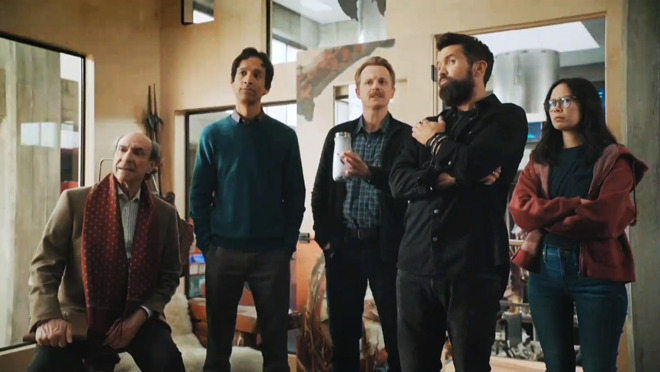 Though details are scarce, Apple, specifically "Apple TV+ Mythic Quest: Raven's Banquet," is now registered as an exhibitor on a rolling list of PAX South participants maintained on the PAX event website. The expo begins on Friday, Jan. 17 and runs through Jan. 19.

The company has yet to confirm an official presence at the popular annual event, but an appearance would not be too far fetched as "Mythic Quest's" plot orbits the gaming world.

Starring Rob McElhenney, who created and wrote the series with former "It's Always Sunny in Philadelphia" collaborator Charlie Day, "Mythic Quest" follows a small gaming studio as it navigates the trials and tribulations of developing a new title. Gaming giant Ubisoft, which pitched the idea to McElhenney, is listed as a producer alongside Lionsgate, 3 Arts Entertainment and McElhenney and Day's RCG.

How Apple plans to publicize the show at PAX South remains unclear, but gatherings like PAX typically feature panels with content creators and, in the case of Hollywood projects, cast and crew.

All nine half-hour episodes of "Mythic Quest" are slated to launch on Feb. 7 as an Apple TV+ exclusive.
Sign In or Register to comment.