Apple has more than 1.5B active devices in the wild, up 100M in last year

AppleInsider
Posted: January 28, 2020 10:32PM
in General Discussion
Apple has reached its highest install base ever with more than 1.5 billion active devices in use by customers around the world, a jump from 1.4 billion devices clocked a year ago. 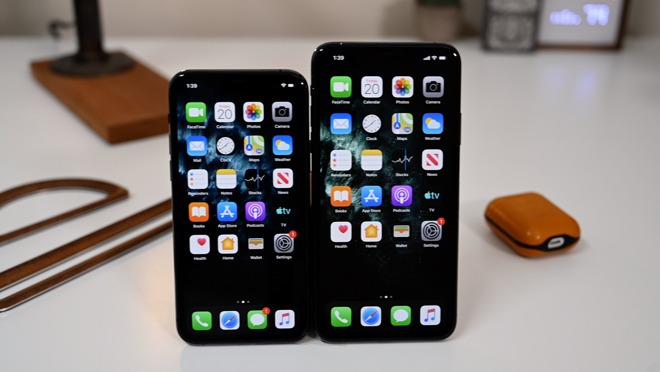 Apple reached the lofty metric in its first fiscal quarter of 2020 thanks to strong demand for the iPhone 11 and iPhone 11 Pro lines. The company saw a revenue grow 8% year-over-year to hit $91.8 billion.

"Our active install base of devices has now surpassed 1.5 billion, up over 100 million in the last 12 months alone, reaching a new all-time high for each of our main product categories in geographic segments," Apple CEO Tim Cook said.

In the first quarter of 2019, Apple's install base was 1.4 billion units, representing an increase of 75 million during 2018.

Apple also saw its fifth consecutive quarter of double-digit growth outside of iPhone sales and set a new record for growth in services. The past period was a "blowout quarter" for wearables, according to Cook.

"We are thrilled to report Apple's highest quarterly revenue ever, fueled by strong demand for our iPhone 11 and iPhone 11 Pro models, and all-time records for Services and Wearables," Cook said. "During the holiday quarter our active installed base of devices grew in each of our geographic segments and has now reached over 1.5 billion. We see this as a powerful testament to the satisfaction, engagement and loyalty of our customers -- and a great driver of our growth across the board."